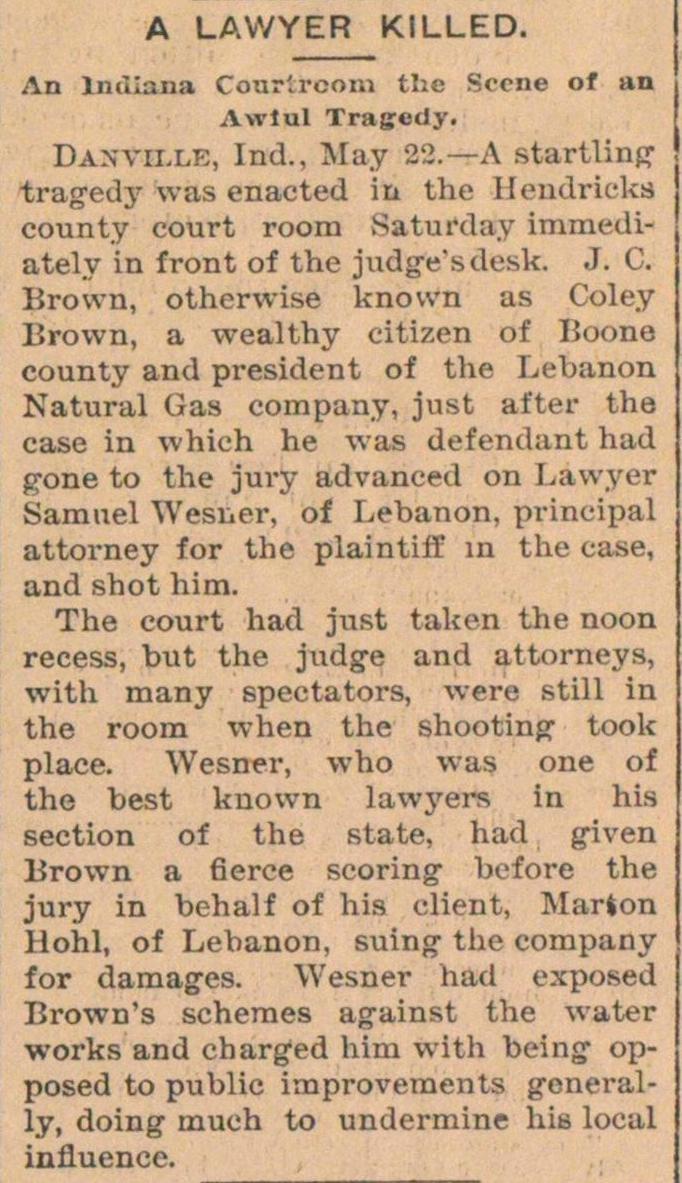 Danvii.LE, Ind., May 22. - A startlinp tragedy was enacted in the Hendricka county court room Saturday immediately in front of the judge'sdesk. J. C. Brown, otherwise knovvn as Coley Brown, a wealthy citizen of Iioone county and president of the Lebanon Natural Gas company, just after the case in which he was defendant had gone to the jury advanced on Lawyer Samuel Wesuer, of Lebanon, principal attorney for the plaintiff in the case, and shot him. The court had just taken the noon recess, but the judjje and attorneys, with many spectators, were still in the room when the shooting took place. Wesner, who was one of the best known lawyers in his section of the state, had g-iven Brown a 6erce scoring bcfore the jury in behalf of his cliënt, Marión Hohl, of Lebanon, suing the company for damages. Wesner had cxposed Brown's schemes against the water works and charged him with beinj opposed to public improvements generally, doing much to undermine his local influence.