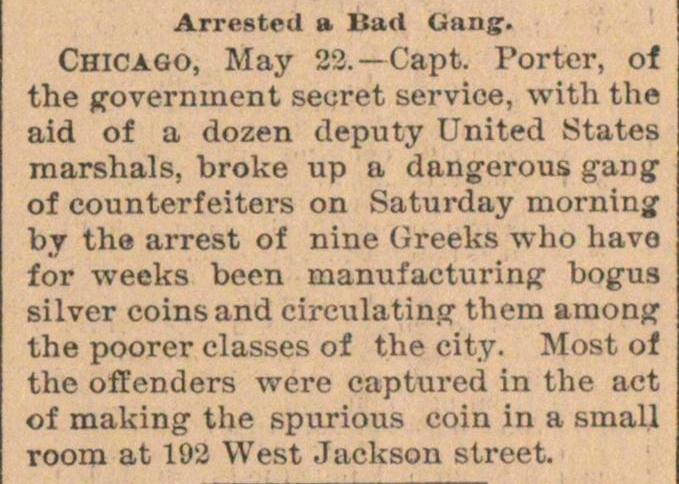 Chicago, May 22. - Capt. Porter, of the ffovernment secret service, with the aid of a dozen deputy United States marshals, broke up a dangerous gang of counterfeiters on Saturday morning by the arrest of nine Greeks who liava for weeks been manufacturinji bogus silver coinsand circulating them amon? the poorer classes of the city. Most of the ofïenders were eaptured in the act of making the spurious coin in a small room at 192 West Jackson street.