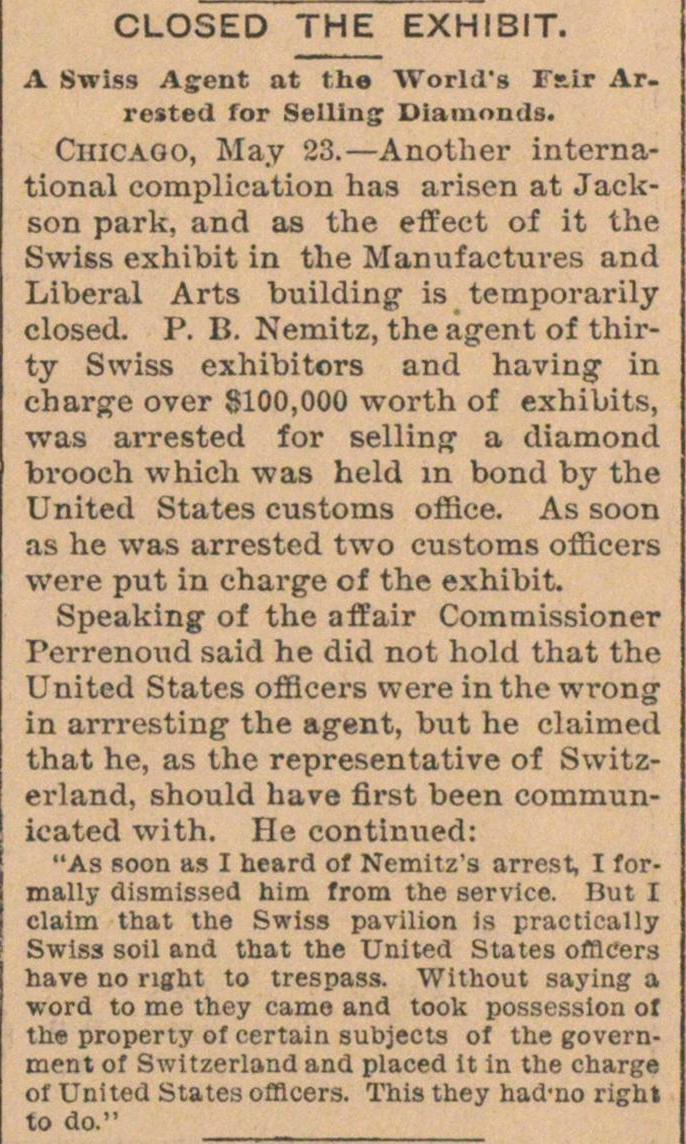 Chicago, May 23. - Another international coraplication has arisen at Jackson park, and as the effect of it the Swiss exhibit in the Manufactures and Liberal Arts building is temporarily closed. P. B. Nemitz, the agent of thirty Swiss exhibitors and having in charge over 8100,000 worth of exhibits, was arrested for selling a diamond brooeh which was held in bond by the United States customs office. As soon as he was arrested two customs officers were put in charge of the exhibit. Speaking of the affair Commissioner Perrenoiid said he did not hold that the United States officers were in the wrong in arrresting the agent, but he claimed that he, as the representative of Switzerland, should have first been communicated with. He continued: "As soon as I heard of Nemitz's arrest, I for mally dismissed him trom the service. But I claim that the Swiss pavilion Is practieally Swiss soil and that the United States offtcers have no right to trespass. Without saying a word to me they came and took possession of the property of certain subjects of the government of Switzerland and placed it in the charge of United States offlcers. This they had'no righ to do."