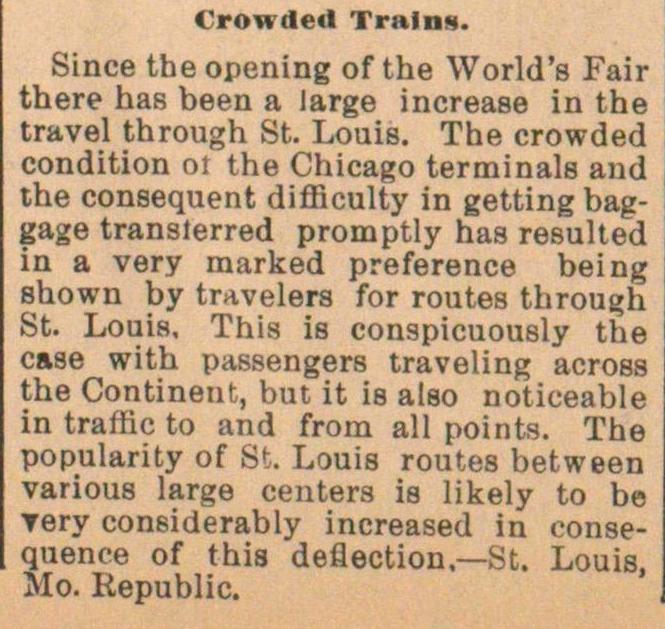 Since the opening of the World's Fair there has been a large increase in the travel through St. Louis. The crowded condition ot the Chicago terminals and the consequent difliculty in getting baggage translerred promptly has resulted in a very marked preference being shown by travelers for routes through St. Louis. This is conspicuously the case with passengere traveling across the Continent, but it is also noticeable in traffic to and from all points. The popularity of St. Louis routes between various large centers is likely to be Tery considerably increased in