The Grass Lake News On Woman 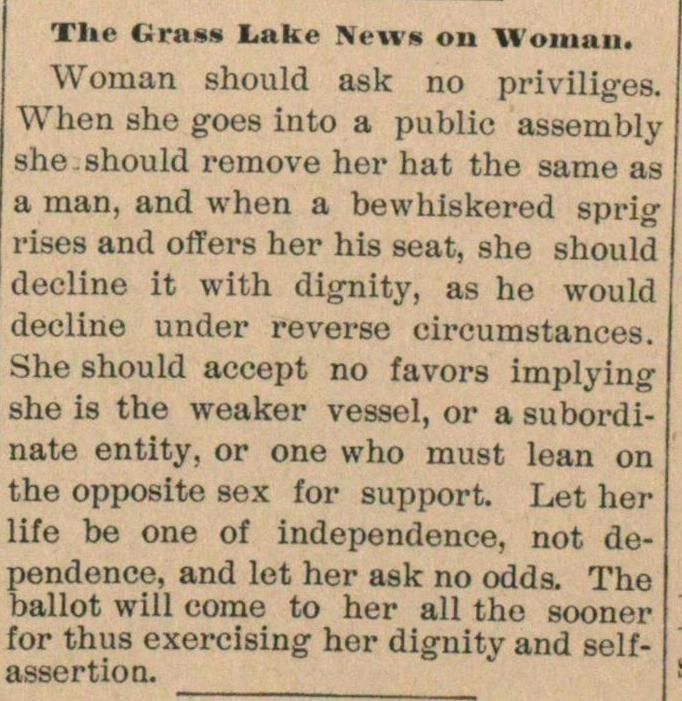 Woman should ask no priviliges. When she goes into a public assembly she should remove her hat the same as a man, and when a bewhiskered sprigrises and offers her his seat, she should decline it with dignity, as he would decline under reverse circumstances. She should accept no favors implying she is the weaker vessel, or a subordinate entity, or one who must lean on the opposite sex for support. Let her life be one of independence, not dependonce, and let her ask no odds. The ballot will come to her all the sooner for thus exercising her dignity and selfassertion.