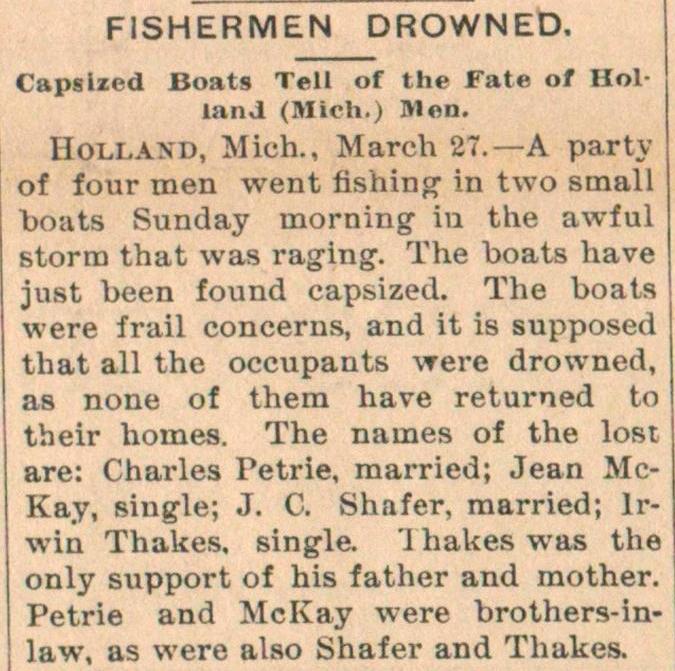 Holland, Mich., March 27. - A party of four men went fishing in two small boats Sunday inorning In the awful storm that was raging. The boats have just been found capsized. The boats were frail concerns, and it is supposed that all the occupants were drowned, as none of them have returned to their homes. The names of the lost are: Charles Petrie, married; Jean McKay, single; J. C. Shafer, married; lrwin Thakes. single. 1 haltes was the only support of his father and mother. Petrie and McKay were brothers-inlaw, as were also Shafer and Thakes.