Waite Is A Winner 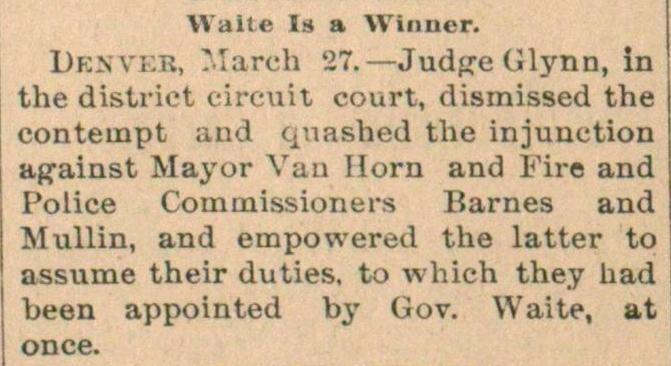 Dkkveb, March 27. - Judpe (lynn, in the district circuit court, dismissed the conteinpt and quashed the injunction against Mayor Van Horn and Fire and Pólice Commissioners Barnes and Mullin, and empowered the latter to assume their duties. to which they had been appointed bj' Gov. Waite, at once.