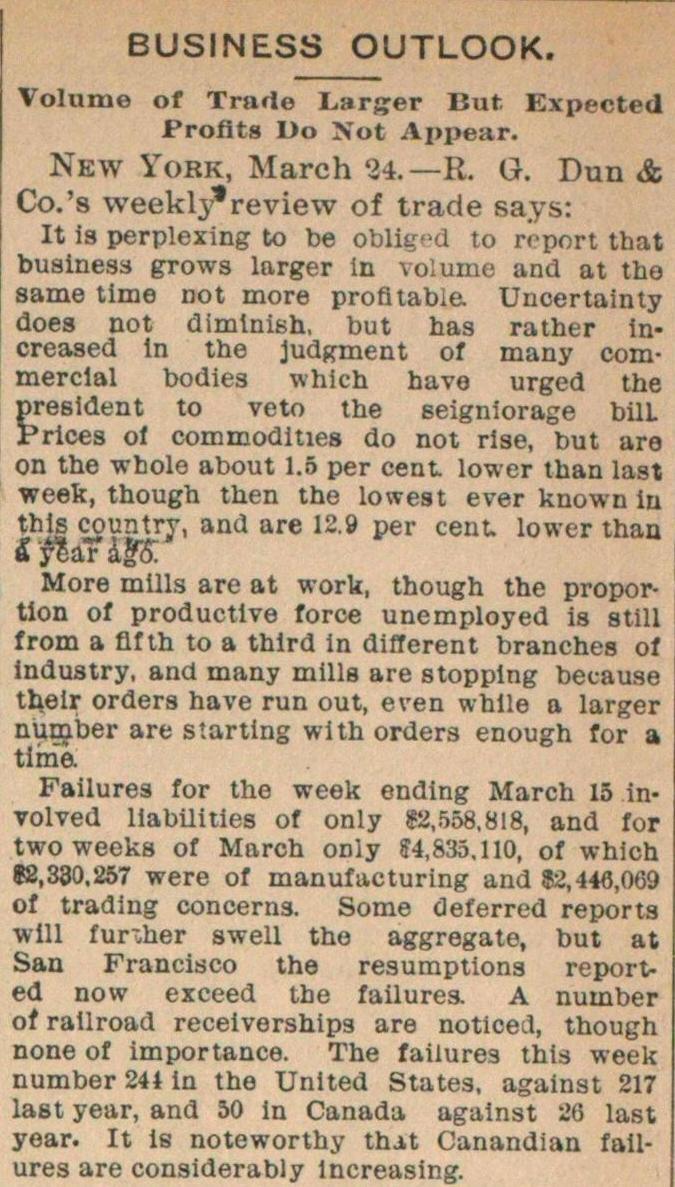 New York, March 24.- R. G. Dun & Co. 's weekly'review of trade says: It is perplexing to be obligad to report tha business grows larger in volume and at the same time not more profltable. Unoertainty does not dimtnish, but has rather In creased In the Judgment of many com merclal bodies which have urged the president to veto the seigniorage bilL Prlces of commodities do not rise, but are on the whole about 1.5 per cent lower than las week, though then the lowest ever known in this country, and are 12.9 per cent. lower than tylafijs More milis are at work, though the propor tlon of productivo toree unemployed is stil from a flfth to a third in different branches oí industry, and many milis are stopping because tfceir orders have run out, even whlle a larger number are starting with orders enough for a time. Failures for the week ending March 15 involved liabüities of only Ï2,558,8I8, and for two weeks of March only f4,835.110, of which 12,330.257 were of manufacturing and $2,446,069 of trading concerns. Some deferred reports will furüher swell the aggregate, but at San Francisco the resumptions reported now eiceed the failures. A number ofrailroad receiverships are noticeil, though none of importance. The failurea this week number 244 In the United States, against 217 last year, and 50 in Canada against 26 last year. It is noteworthy thit Canandian failures are considerably lncreasing.