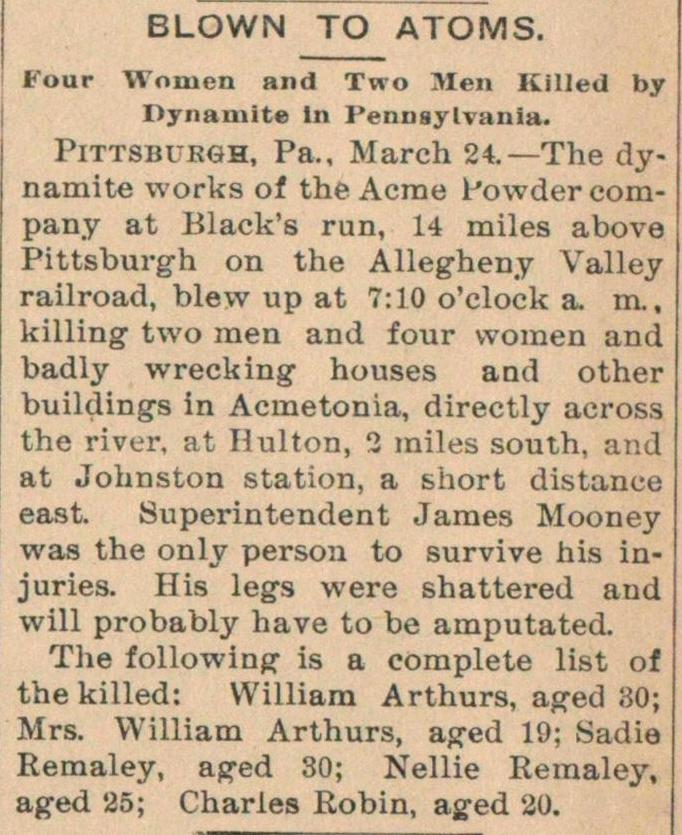 PiTTSBrKGH, Pa., March 24. - The dynamite works of the Acmé Powdercompany at Black's run, 14 miles above Pittsburgh on the Allegheny Valley railroad, blew up at 7:10 o'clock a. m. , killing two mea and four vvoinen and badly wrecking houses and other buildings in Acmetonia, directly across the river, at Hulton, 2 railes south, and at Johnston station, a short distance east. Superintendent James Mooney was the only person to survive his injuries. His legs were shattered and will probably have to be amputated. The following is a complete list of the killed: William Arthurs, aged 30; Mrs. William Arthurs, aged 19; Sadia Remaley, aged 30; Nellie Remaley, aged 25; Charles Robin, ag-ed 20.