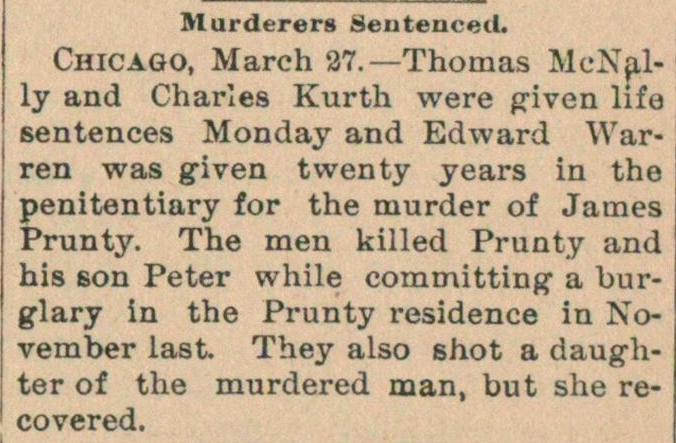 Chicago, March 27.- Thomas McNal ly and Charles Kurth were given hfa : sentences Monday and Edward War ' ren was g-iven twenty years in the penitentiary for the niurder of James Prunty. The men killed Prunty anc his son Peter while committinff a bur glary in the Prunty residence in November last. They also shot a daughter of the murdered man, but she recovered.