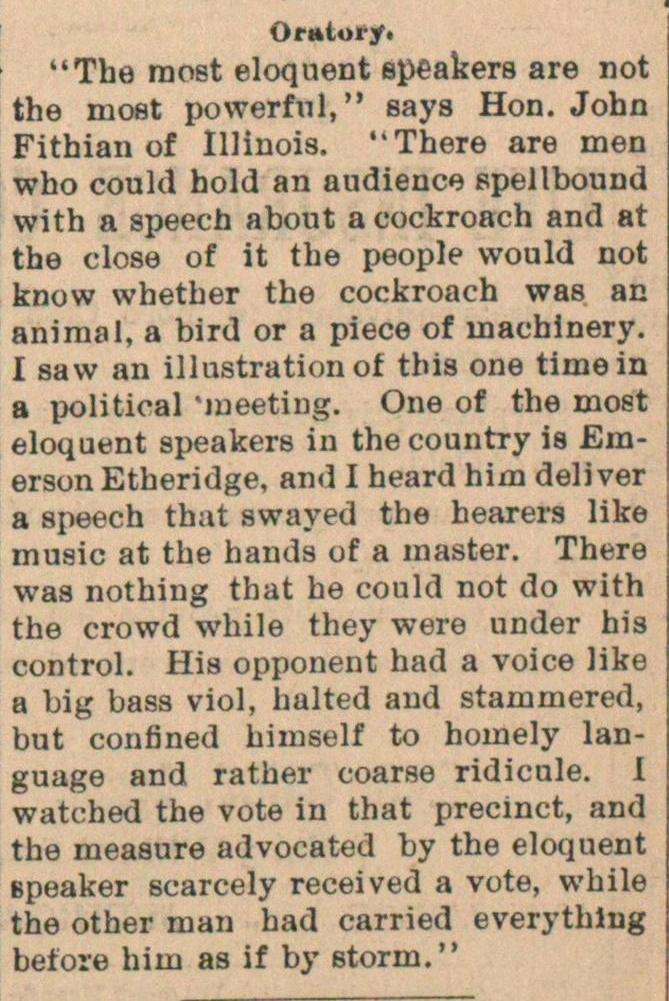 "The most eloquent speakers are rot the most powerfnl," says Hon. John Fithian of Illinois. "There are men who conkl hold an audience spellbound with a speech about acockroach and at the close of it the people would not know whether the cockroach was ac animal, a bird or a piece of inachinery. I saw an illustrationof this one time in a politieal "meeting. One of the most eloquent speakers in the country is Emerson Etheridge, and I heard him deliver a speech that swayed the hearers like music at the hands of a master. There was nothing that he could not do with the crowd while they were under his control. His opponent had a voice like a big bass viol, halted and stammered, but confined himself to hoinely language and rather coarse ridicule. I watched the vote in that precinct, and the measure advocated by the eloquent speaker scarcely received a vote, while the other man had carried everythlng bef ore him as i f by storm."