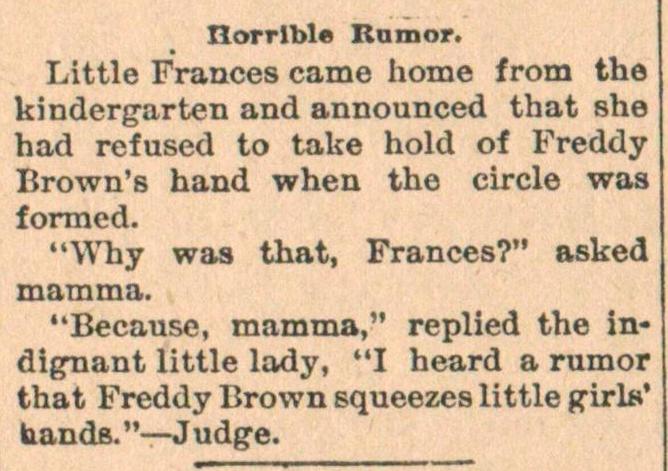 Little Francés carne home from the kindergarten and announced that she had refused to take hold of Freddy Brown's hand when the circle was formed. "Why was that, Francés?" asked mamma. "Because, mamma," replied the indignant little lady, "I heard a rumor hat Freddy Brown squeezes little (firls' bands."