Cleanliness In One Home 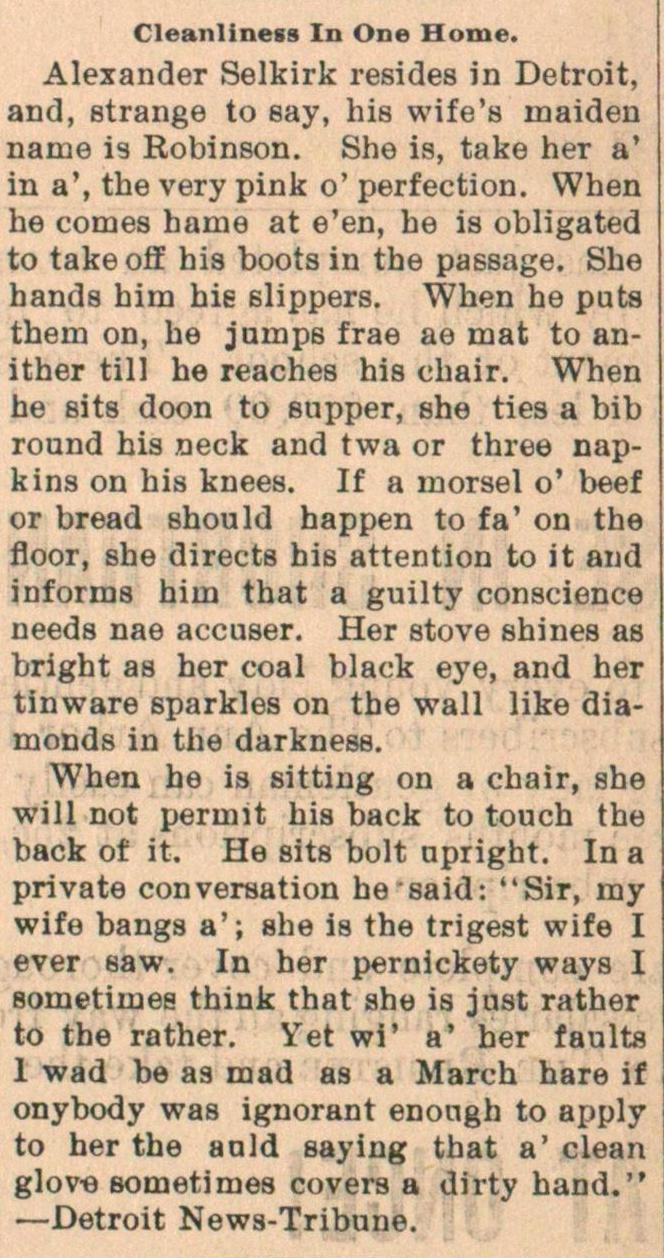 Alexander Selkirk resides in Detroit, and, strange to say, his wife's maiden name is Robinson. She is, take her a' in a', the very pink o' perfection. When he comes hame at e'en, he is obligated to take off his boots in the passage. She hands him hig slippers. When he puts them on, he jnrnps frae ae mat to anither till he reaches his chair. When he sits doon to supper, she ties a bib round his neck and twa or three napkins on his knees. If a morsel o' beef or bread should happen to fa' on the floor, she directs his attention to it and informs hiin that a guilty conscience needs nae accuser. Her stove shines as bright as her coal black eye, and her tinware sparkles on the wall like diamonds in the darkness. When he is sitting on a chair, she will not permit his back to touch the back of it. He sits bolt npright. In a private converaation hesaid: "Sir, my wife bangs a'; she is the trigest wife I ever eaw. In her pernickety ways I sometiines think that she is jast rather to the rather. Yet wi' a' her faults 1 wad be as mad as a March hare if onybody was ignorant enongh to apply to her the auld saying that a' clean glove sometimes covers a dirty hand."