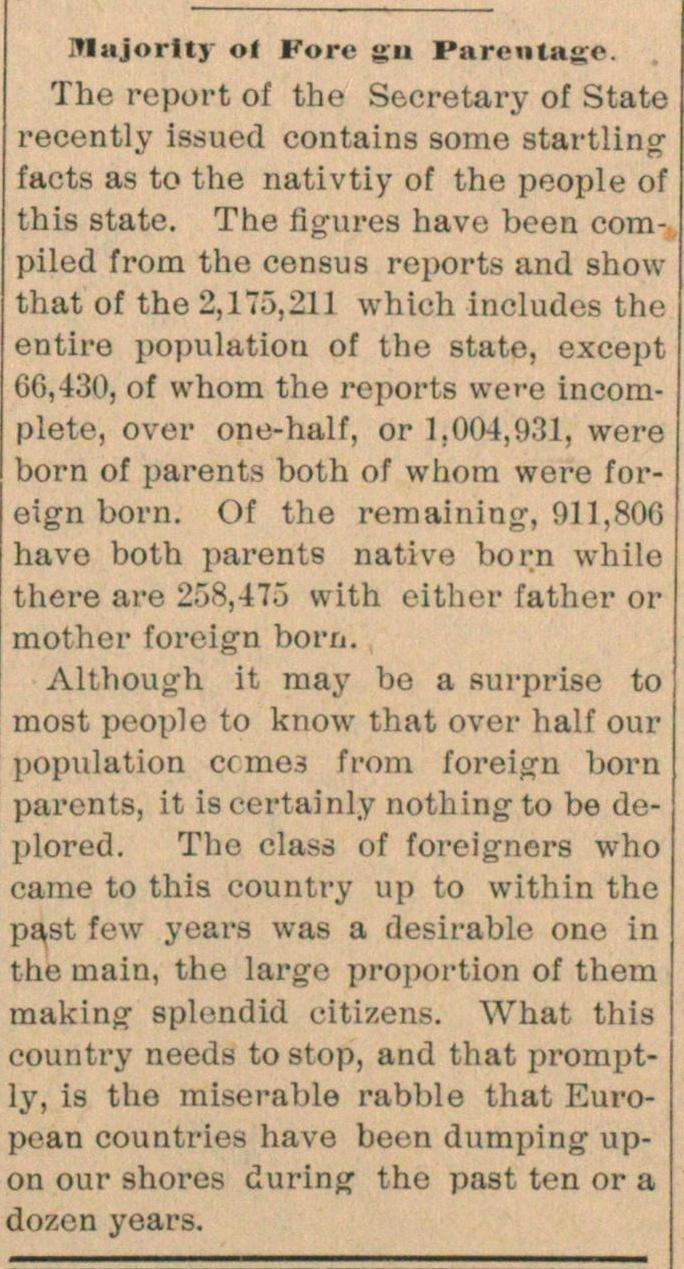 The report of the Secretary of State recently issued contains some startling facts as to the nativtiy of the people of this state. The figures have been eompiled from the census reports and show that of the 2,175,211 whioh includes the entire population of the state, except 66,430, of whom the reports were incomplete, over one-half, or 1,004,931, were born of parents both of whom were foreign born. Of the remaining, 911,806 havo both parents native born while there are 258,475 vvith either father or mother foreign born. Althougb. it may be a sui'prise to most people to know that over half our population comes f rom foreign born párente, it iscertainly nothingto be deplored. The class of foreigners who oame to this country up to within the past few yeare was a desirable ono in the main, the large proportlon of them making splendid citizens. What this country needs to stop, and that promptly, is the miserable rabble that European countries have been dumping upon our shores during the past ten or a dozen years.