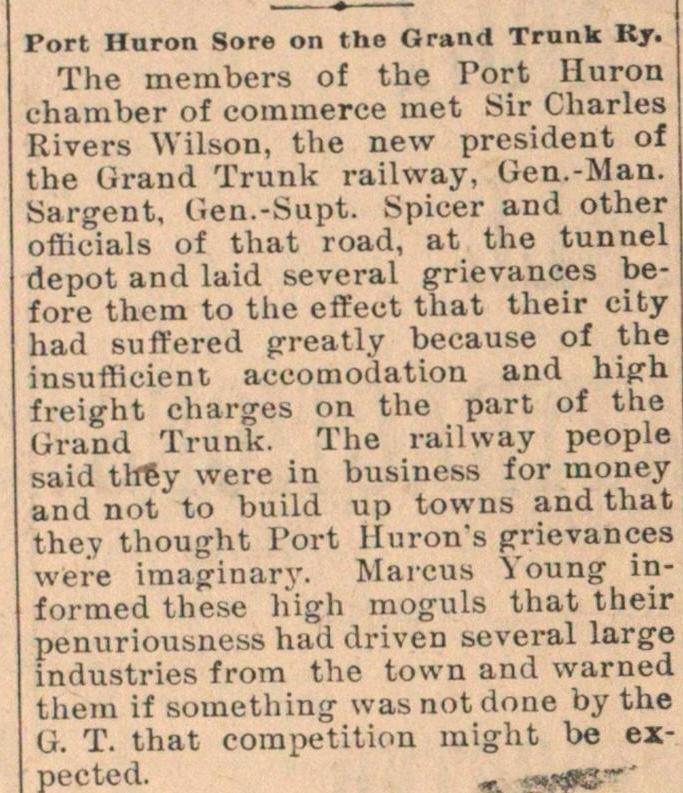 The merabcrs of the Tort Hurou chamber of commerce met Sir Charles Rivers Wilson, the new president of the Grand Trunk railvvay, üen.-Man. Sargent, Gen.-Supt. Spicer and other officials of that road, at the tunnel depot and laid several grievances before them to the effect that their city had suffered greatly because of the insufficient accomodation and high freight charges on the part of the Grand Trunk. The railway people said tftÊy were in business for money and not to build up towns and that they thought Port Huron's prieTances were imaginary. Marcus Voung informed these high moguls that their penuriousness had driven several large industries from the town and warned them if soinething was not done by the G. T. that competition might be expected. _ .-nr""'