Another Attempt To Dynamite Rothschild 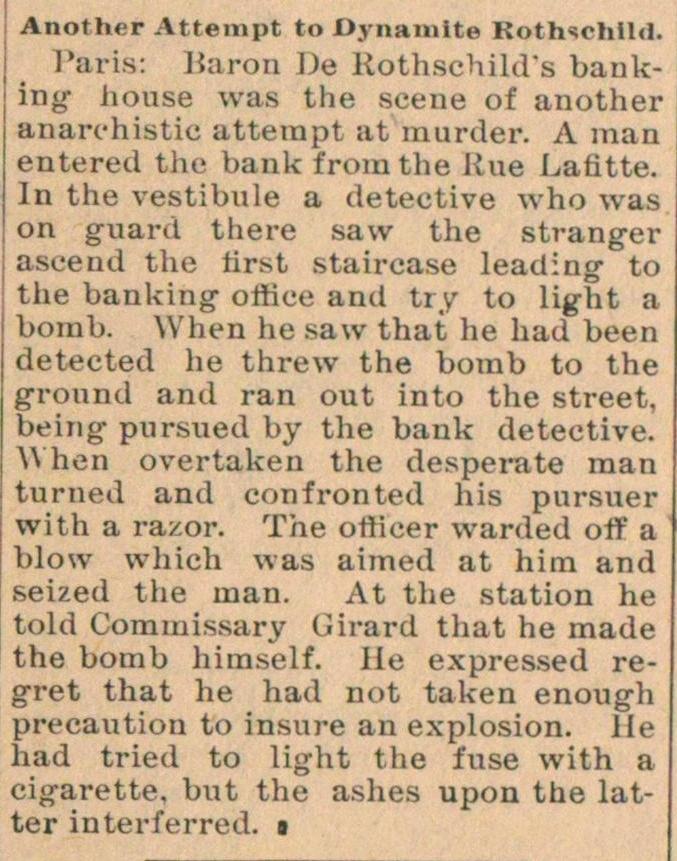 Paria: liaron De Kothschild's banking- iiouse was the scène of another anarohistic atterapt, at murder. A man entered the bank froin the Kue Lafitte. In the vestibule a detective who was on guard there saw the stranger ascend the tirst staircase leading to the banking office and try to lig-ht a borab. When he saw that he had been detected he threw the borab to the ground and ran out into the street, being pursued by the bank detective. hen overtaken the desperate man turned and confi-onted his pursuer with a razor. The otticer warded off a blow which was aimed at him and seized the man. At the station he told Commissary Girard that he made the bomb himself. He expressed regret that he had not taken enough precaution to insure an explosión. He liad tried to light the fuse with a cigarette, but the ashes upon the latter interferred. i