The Organ Of Billiards 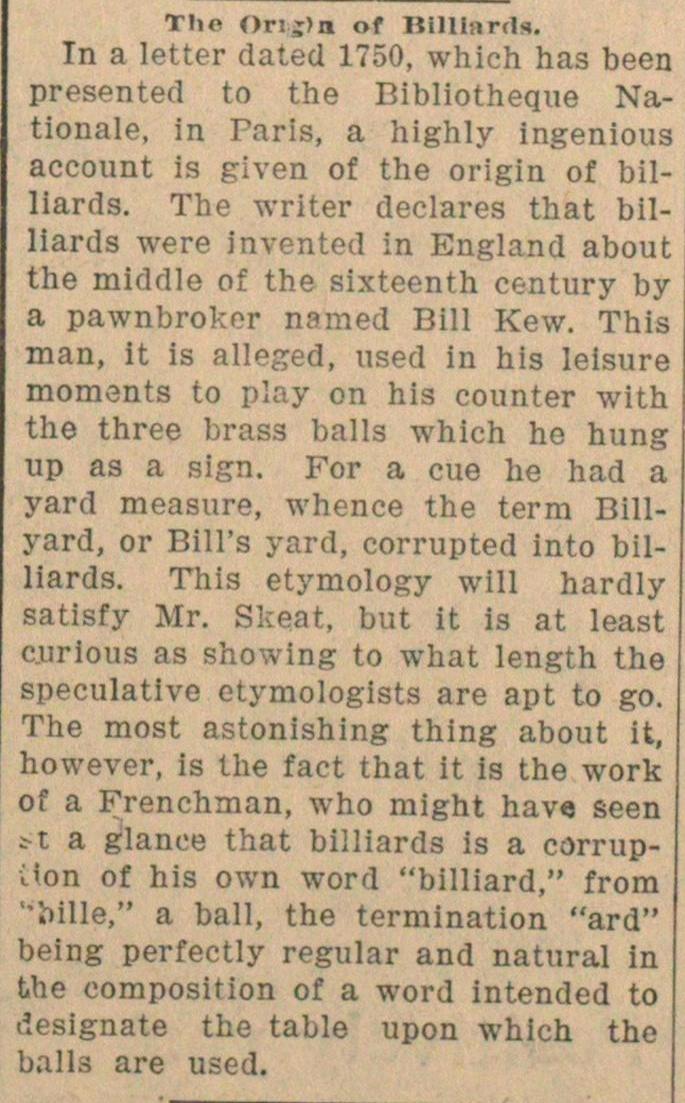 In a letter dated 1750, which has been presentetl to the Bibliotheque Nationale, in Paris, a highly ingenious account is given of the origin of billiards. The writer declares that billiards were invented in England about the middle of the sixteenth century by a pawnbroker named Bill Kew. This man, it is alleged, sed in his leisure momsnts to p!ay on his counter with the three brass balls which he hung up as a sign. For a cue he had a yard measure, whence the term yard, or Bill's yard, corrupted into billiards. This etymology wül hardly satisfy Mr. Skeat, but it is at least c.urious as showing to what length the speculative etymologists are apt to go. The most astonishing thing about it, however, is the fact that it is the work of a Frenchman, who might hav seen ít a glanee that billiards is a corruplon of his own word "billiard," from 'hille," a ball, the termination "ard" being perfectly regular and natural in the composition of a word intended to desígnate the table upon whlch the b.ills are used.