Examined For The Police 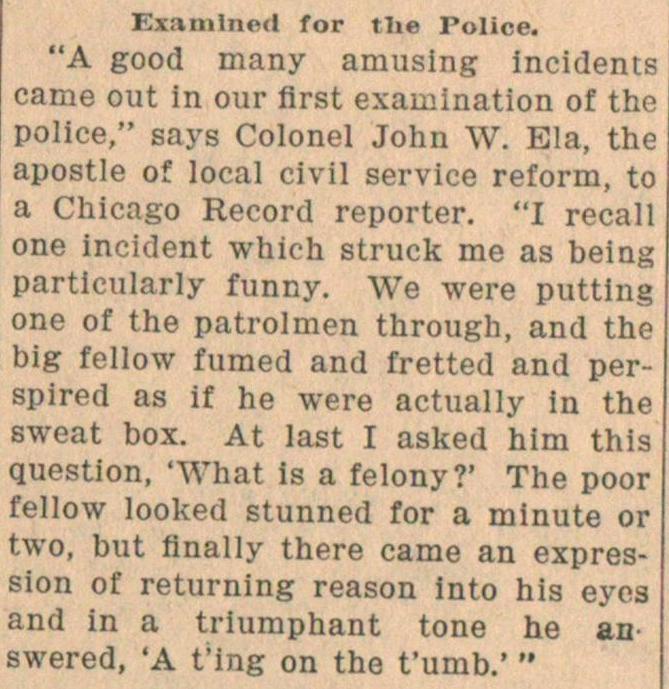 "A good many amusing incidents carne out in our first exarnination of the pólice," says Colonel John W. Ela, the apostle of local civil service reform, to a Chicago Record reporter. "I recall one incident whieh struck me as being particularly funny. We were putting one of the patrolmen through, and the big fellow fumed and fretted and perspired as if he were actual ly in the sweat box. At last I asked him this question, 'What is a felony?' The poor fellow looked stunned for a minute or two, but íinally there carne an expression of returning reason lnto his eyoa and in a triumphant tone he answered, 'A t'ing on the t'umb.' "