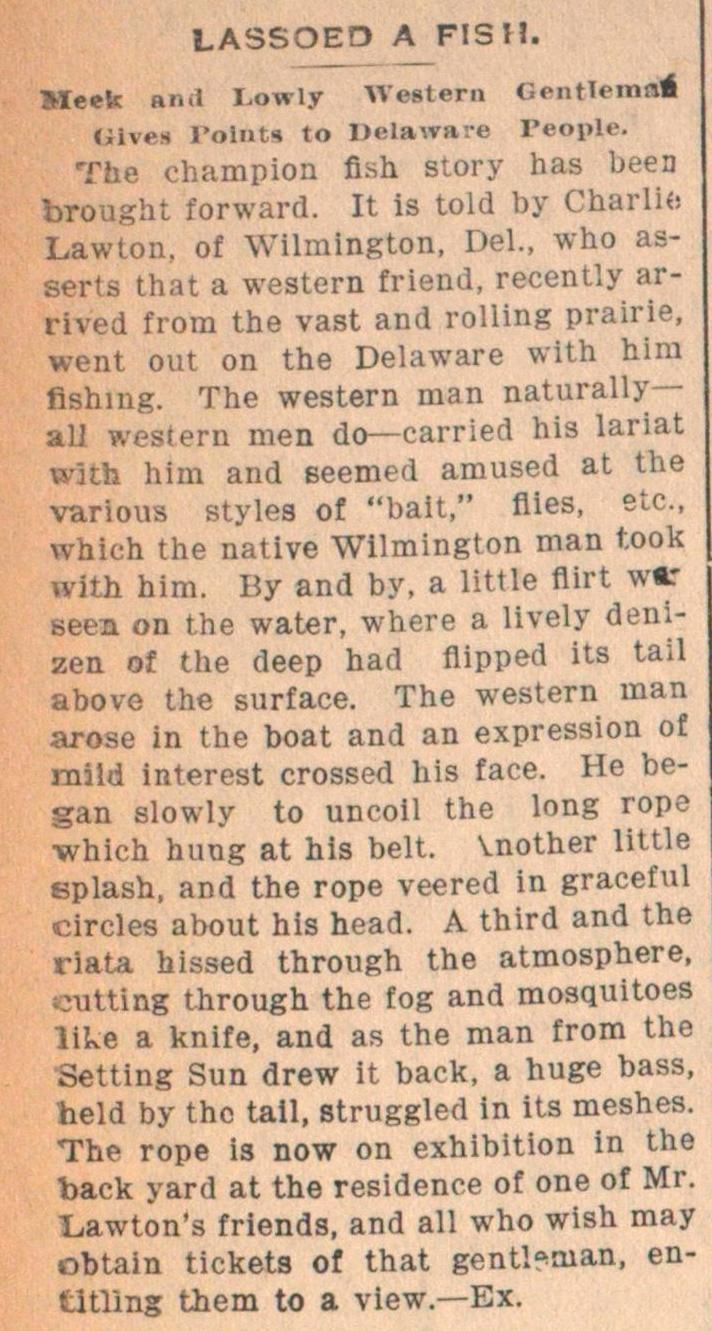 The champion fi.sh story has been brought forward. It is told by Churlif! Lawton. of Wümington, Del., who asserts that a western friend, recently arrived from the vast and rolling prairie, went out on the Delaware with him fishing. The western man naturally- aU western men do- carried his lariat with him and eeemed amused at the various styles of "balt," files, etc, whieh the native Wllmington man took WÜh him. I!y and by, a little flirt wr seea on the water, where a lively denizen of the deep had flippert its tail above the surface. The western man arose in the boat and an expression of müd interest crossed his face. He began slowly to uncoil the long rope which huog at his belt. Vnother little splash, and the rope veered in graceful circles about his head. A third and the riata hissed through the atmosphere, cnttlng through the fog and mosquitoes like a knife, and as the man from the Setting Sun drew it back, a huge bass, held by the tail, struggled in its meshes. The rope is now on exhibition in the back yard at the residene.e of one of Mr. Lawton's friends, and all who wish may obtain tickets of that gentleman, entltling them to a view.- Ex.