Praying On The Sidewalk 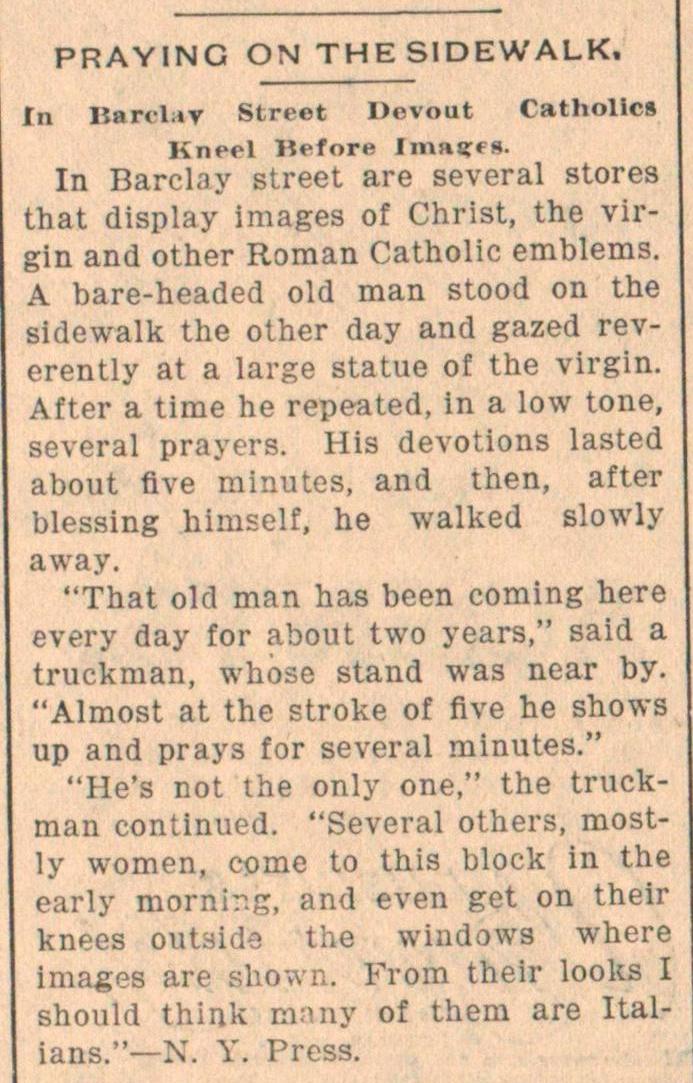 In Barclay street are several stores that display images oí Christ, the virgin and other Roman Catholic emblems. A bare-headed old man stood on the sidewalk the other day and gazed reverently at a large statue of the virgin. After a time he repeated, in a low tone, several prayers. His devotions lasted about five minutes, and then, after blessing himself, he walked slowly away. "That oíd man has been coming here every day for about two years," said a truekman, whose stand was near by. "Almost at the stroke of five he shows up and prays for several minutes." "He's not the only one," the truekman conünued. "Several others, mostly women, come to this block in the early mornig, and even get on their knees outside the windows where images are sho.vn. From their looks I should think many of thera are