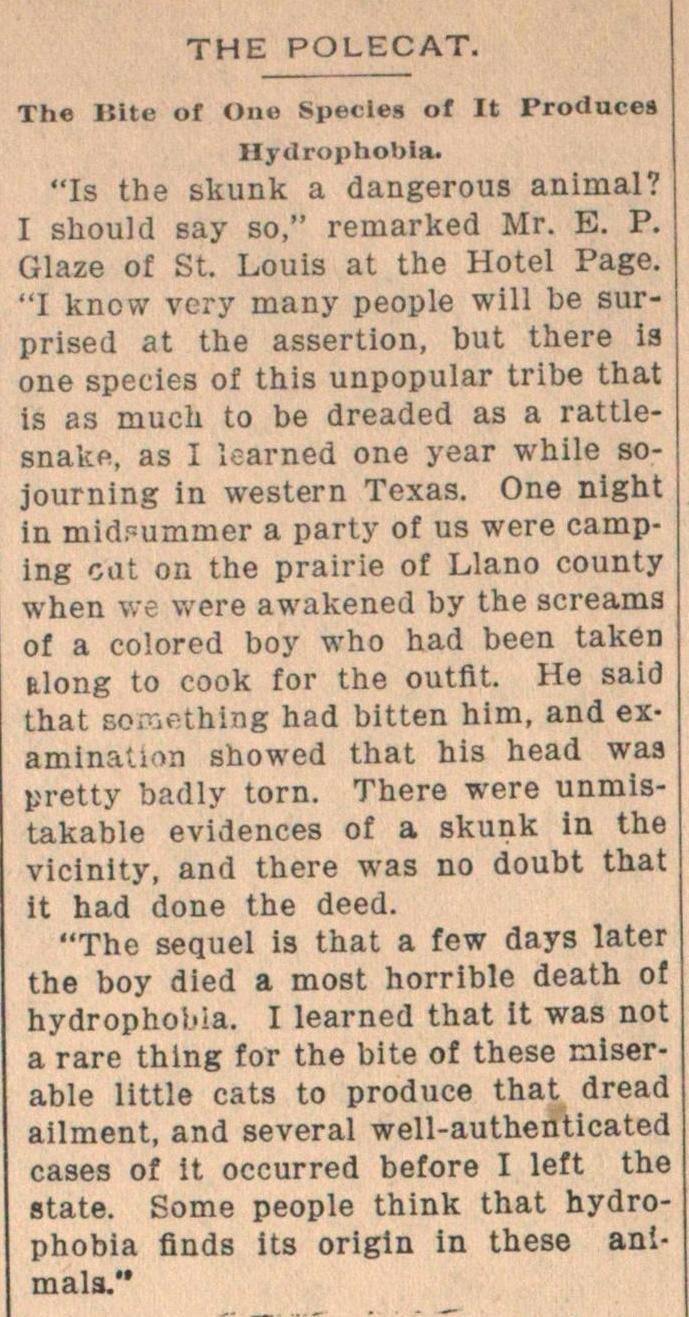 "Is the skunk a dangerous animal? I should say so," remarked Mr. E. P. Glaze of St. Louis at the Hotel Page. "I know very many people will be surprised at the assertion, but there ia one species of this unpopular tribe that is as much to be dreaded as a rattlesnake, as I Icarned one year while sojourning in western Texas. One night in midpummer a party of us were camping cüt on the prairie of Llano county when we were awakened by the screams of a colored boy who had been taken along to cook for the outfit. He said that something had bitten him, and examination showed that nis head was pretty badly torn. There were unmistakable evidences of a skunk in the vicinity, and there was no doubt tnat it had done the deed. "The sequel is that a few days later the boy died a most horrible death ot hydrophoi'ia. I learned that it was not a rare thlng for the bite of these miserable little cats to produce that dread ailment, and several well-authenticated cases of it occurred before I left the state. Some people think that hydrophobia flnds lts origln in these anímala."