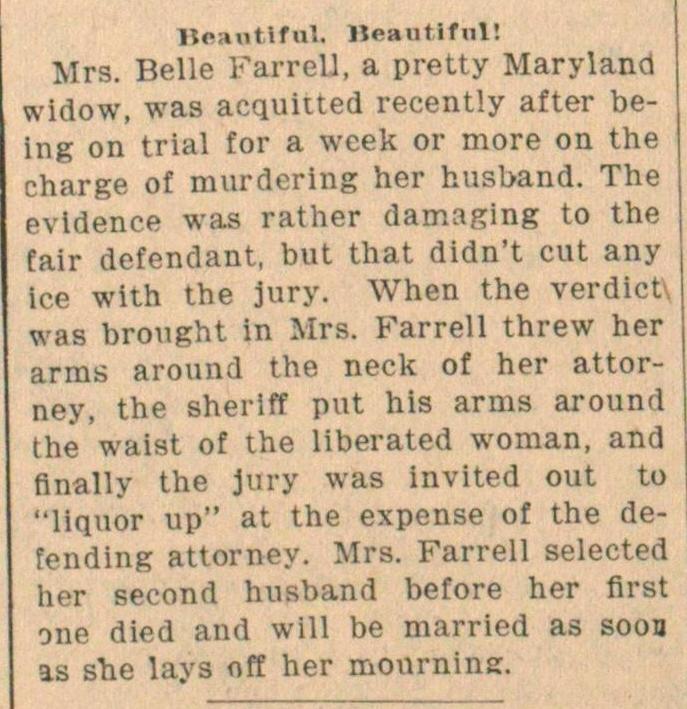 Mrs. Belle Farrell, a pretty Maryland widow, was acquitted recently after being on trial for a week or more on the charge oí murdering her husband. The evidence was rather damaging to the fair defendant, but that didn't cut any , ice with the jury. When the verdict vu brought in Mrs. Farrell threw her arms around the neck of her attorney, the sheriff put his arms around j the waist of the liberated woman, and finally the jury was invited out to "liquor up" at the expense of the defending attorney. Mrs. Farrell selected her second husband before her first one died and will be married as soob as stie lays off her mournine.