Taking The Tassels From The Corn. 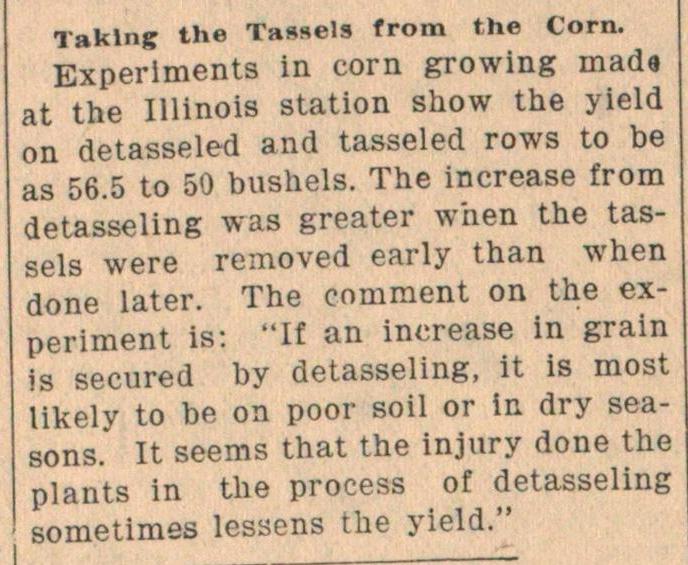 Experiments in corn growing mad at the Illinois station show the yield on detasseled and tasseled rows to be as 56.5 to 50 bushels. The increase from detasseling was greater when the tassels were removed early than when done later. The comment on the experiment is: "If an increase in grain is secured by detasseling, it is most likely to be on poor soil or in dry seasons. It seems that the injury done the plants in the process of detasseling sometimes lessens the yield."