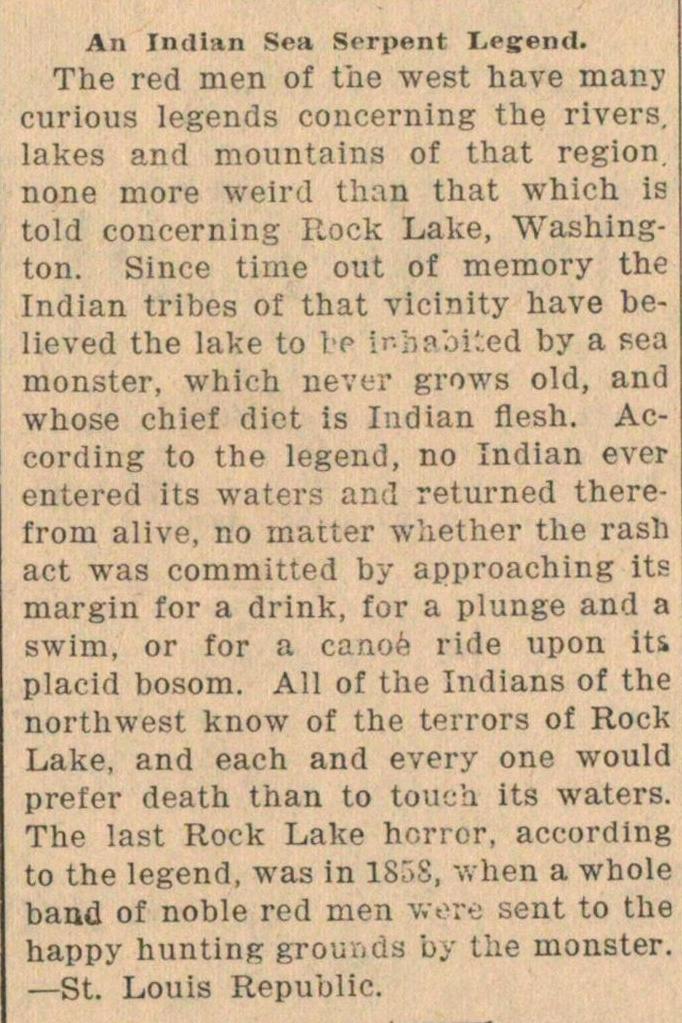 The red men of the west have many curious legends concerning the rivers. lakes and mountains of that región, none more weird than that which is told concerning Rock Lake, Washington. Since time out of memory the Indian tribes of that vicinity have believed the lake to I-p Inhabited by a sea monster, which never grows old, and whose chief diet is Indian flesh. According to the legend, no Indian ever entered its waters and returned therefrom alive, no matter w'.iether the rash act was committed by approaching its margin for a drink, for a plunge and a swim, or for a canoè ride upon its placid bosom. All of the Indians of the northwest know of the terrors of Rock Lake, and each and every one would prefer death than to touch its waters. The last Rock Lake horror, according to the legend, was in 1S5S, when a whole band of noble red men were sent to the happy hunting grouüds by the monster.