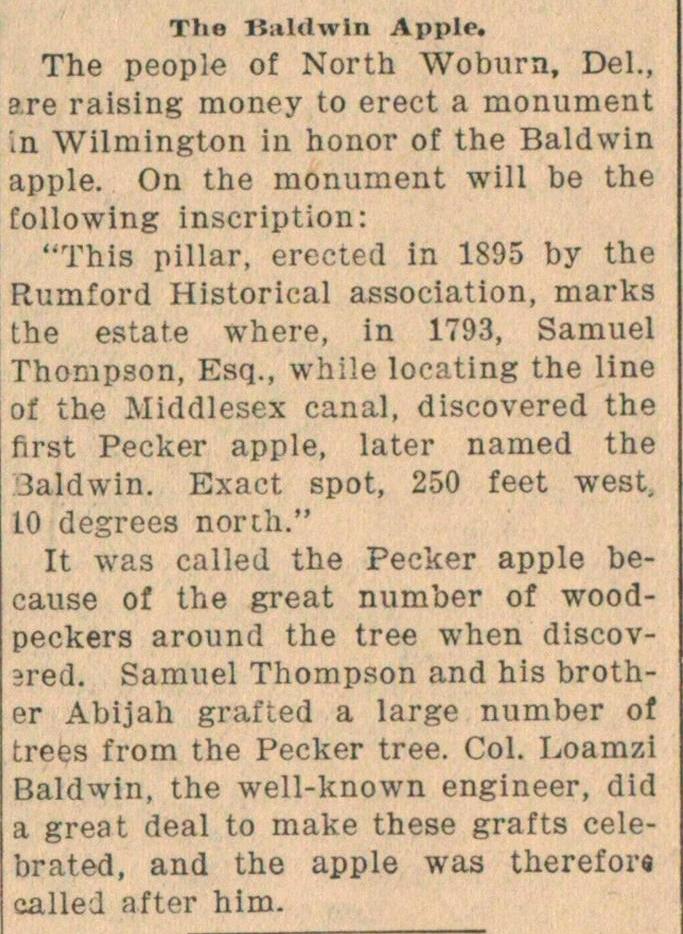 The people of North Woburn, Del., are raising raoney to erect a monument ',n Wilmington in honor of the Baldwin apple. On the monument will be the following inscription: "This pillar, erected in 1S95 by the Rumiord Historica] association, marks the estáte where, in 1793, Samuel Thompson, Esq., whiïe locating the line of the Middlesex canal, discovered the first Pecker apple, later named the 3aldwin. Exact spot, 250 feet west. 10 degrees north." It was called the Pecker apple because of the great number of woodpeckers around the tree when discovsred. Samuel Thompson and his brother Abijah grafted a large number of trees from the Pecker tree. Col. Loamzi Baldwin, the well-known engineer, did a great deal to make these grafts celebrated, and the apple was therefor called after him.