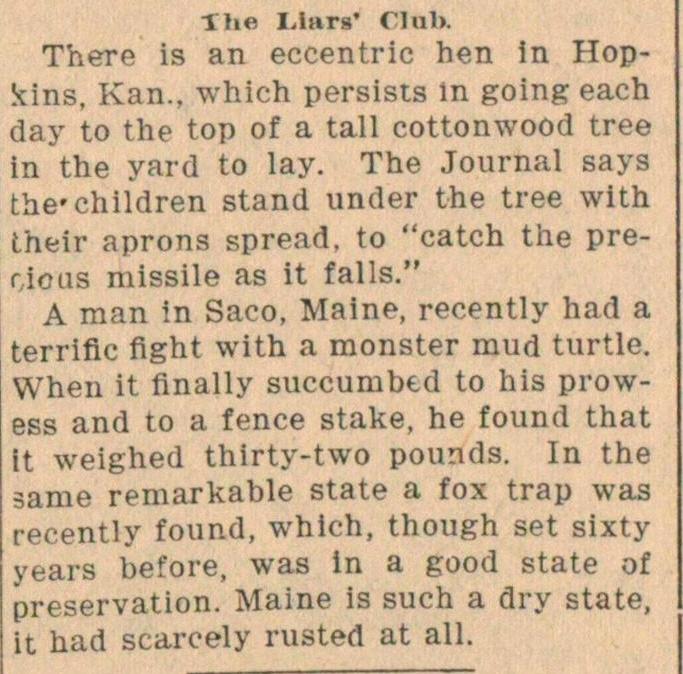 There is an eccentric hen in Hopkins. Kan., which persists in going each day to the top of a tall cottonwood tree in the yard to lay. The Journal says the'children stand under the tree with their aprons spread, to "catch the prer,ious raissile as it falls." A man in Saco, Maine, recently had a terrific fight with a monster mud turtle. When it finally succumbed to his prowess and to a fence stake, he found that it weighed thirty-two pounds. In the 3ame remarkable state a fox trap was recently found, which, though set sixty years before, was in a good state of preservation. Maine is such a dry state, it had scarcely rusted at all.