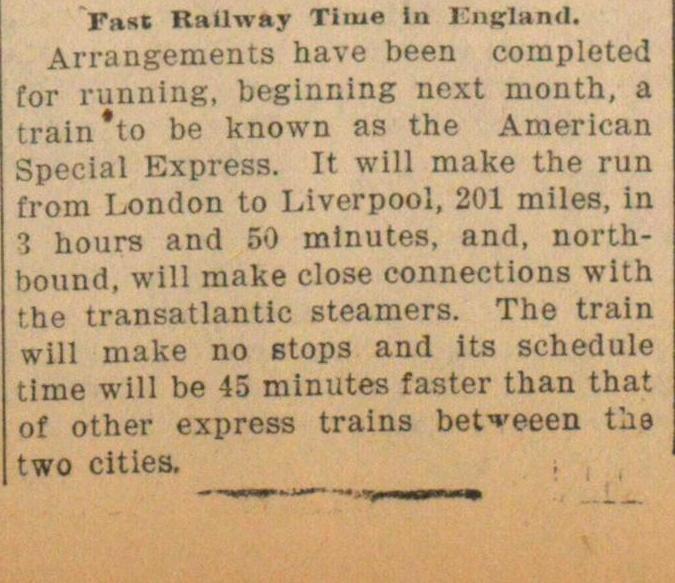 Arrangements have been completed for running, beginning next month, a train to be known as the American Special Express. It will make the run from London to Liverpool, 201 miles, in 3 nours and 50 minutes, and, northbound, will make close connections with the transatlantlc steamers. The train will make no stops and its schedule time will be 45 minutes faster than that of other express trains beteeen tlie two cities.