Butter And Cheese In Japan 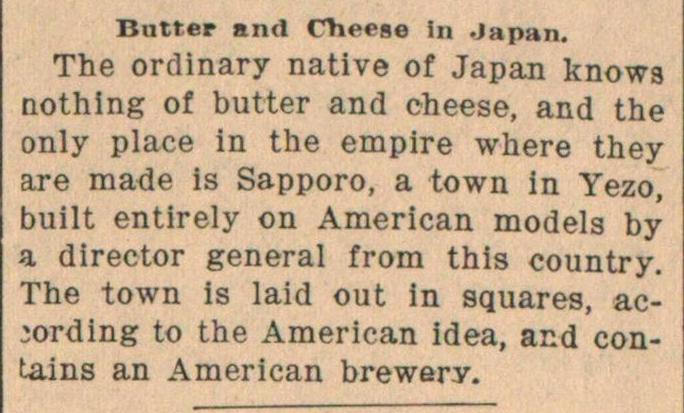 The ordinary native of Japan knowa nothing of butter and cheese, and the only place in the empire where they are made is Sapporo, a town in Yezo, built entirely on American models by a director general from this country. The town is laid out in squares, acjording to the American idea, acd conLains an American brewery.