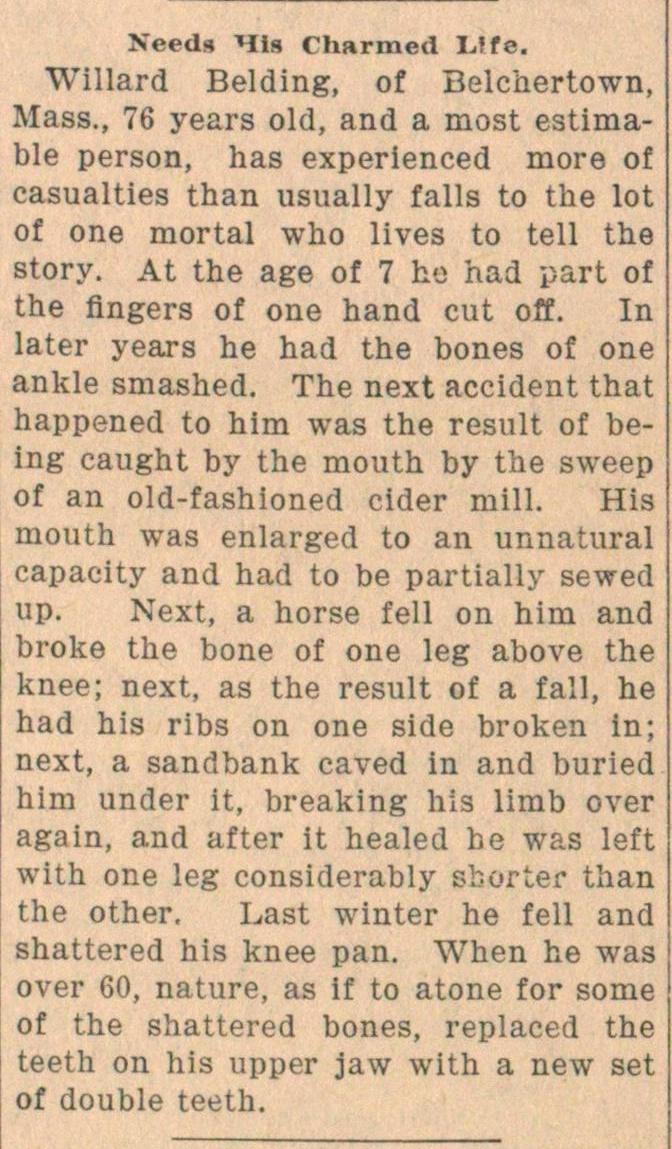 Willard Belding, of Belchertown, Mass., 76 years oíd, and a most estimable person, has experienced more of casualties than usually falls to the lot of one mortal who lives to teil the story. At the age of 7 ho had part of the fingers of one hand cut off. In later years he had the bones of one ankle smashed. The next accident that happened to him was the result of being caught by the mouth by the sweep of an old-fashioned eider mili. His mouth was enlarged to an unnatural capacity and had to be partially sewed up. Next, a horse feil on him and broke the bone of one leg above the knee; next, as the result of a fall, he had his ribs on one side broken In; next, a sandbank caved in and buried him under it, breaking his limb over again, and after it healed he was left with one leg considerably sborter than the other, Last winter he feil and shattered his knee pan. When he was over 60, nature, as if to atone for some of the shattered bones, replaced the teeth on his upper jaw with a new set of doublé teeth.