For Better Or For Worse 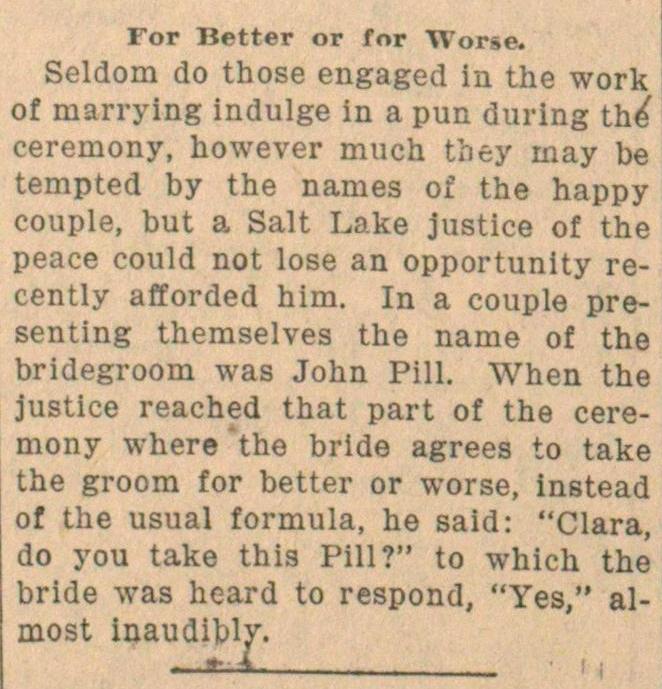 Seldom do those engaged in the work of man-ying indulge in a pun during the' ceremony, however much they inay be tempted by the names of the happy couple, but a Salt Lake justice of the peace could not lose an opportunity recently afforded him. In a couple presenting themselves the name of the bridegroom was John Pili. When the justice reached that part of the ceremony where 'the bride agrees to take the groom for better or worse, instead of the usual formula, he said: "Clara, do you take this Pili?" to which the' bride was heard to respond, "Yes," almost inaudibly.