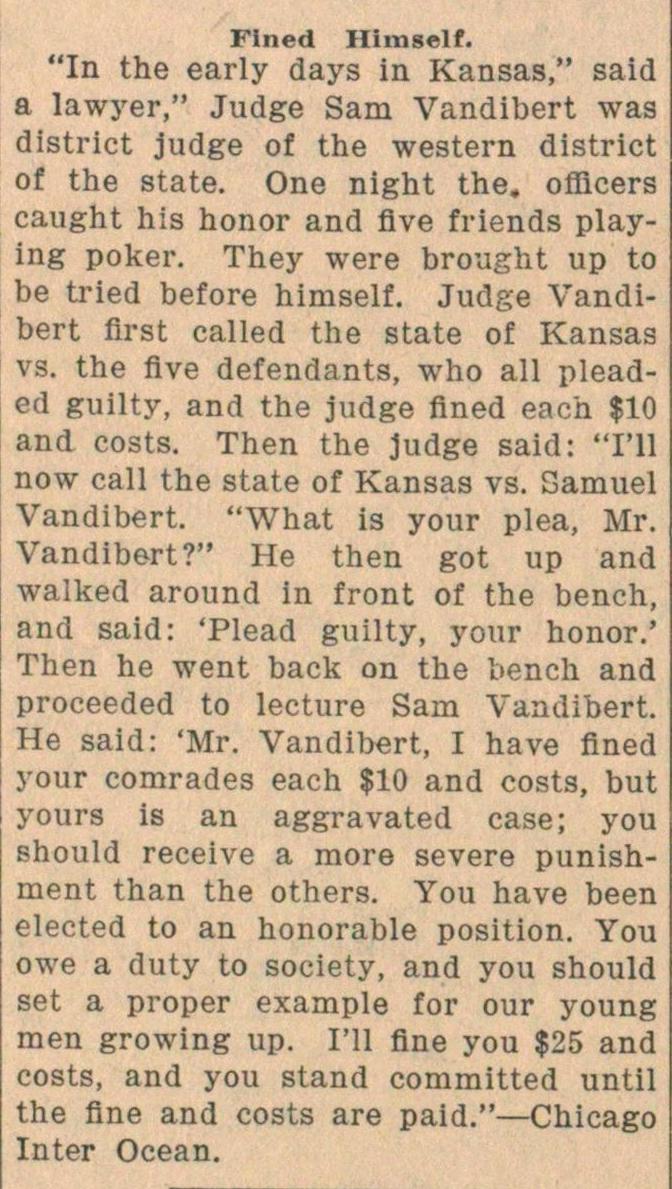 In the early days in Kansas," said a lawyer," Judge Sam Vandibert was district judge of the western district of the state. One night the. officers caught his honor and flve friends playing poker. They were brought up to be tried before himself. Judge Vandibert first called the state of Kansas vs. the five defendants, who all pleaded guilty, and the judge flned each $10 and costs. Then the judge said: 'Til now cali the state of Kansas vs. Samuel Vandibert. "What is your plea, Mr. Vandibert?" He then got up and walked around in front of the bench, and said: 'Plead guilty, your honor.' Then he went back on the ïiench and proceeded to lecture Sam Vandibert. He said: 'Mr. Vandibert, I have fined your comrades each $10 and costs, but yours is an aggravated case; you should receive a more severe punishment than the others. You have been elected to an honorable position. You owe a duty to society, and you should set a proper example for our young men growing up. I'll fine you $25 and costs, and you stand committed until