An Oration Under Difficulties 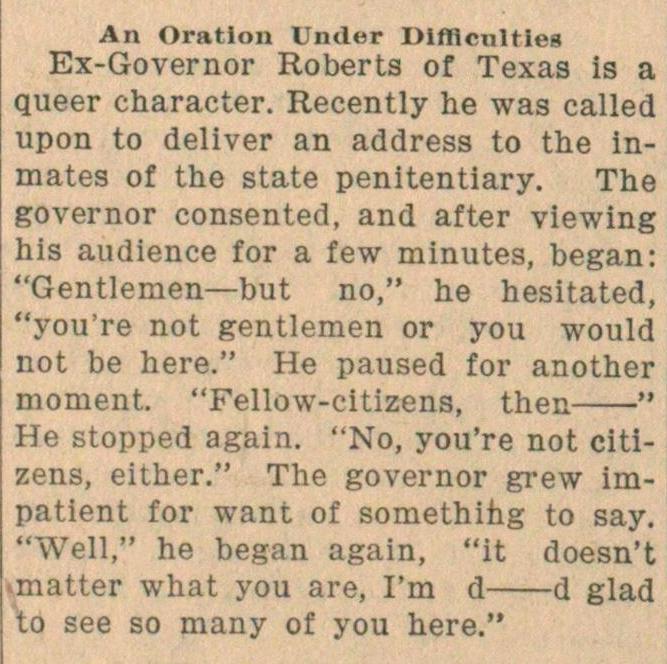 ux-uovernor Koberts or Texas is a queer character. Recently he was called upon to deliver an address to the inmates of the state penitentiary. The governor consented, and after viewing his audience for a few minutes, began: "Gentlemen - but no," he hesitated, "you're not gentlemen or you would not be here." He paused for another moment. "Fellow-citizens, then " He stopped again. "No, you're not citizens, either." The governor grew impatient for want of somethihg to say. "Well," he began again, "it doesn't matter what you are, I'm d d glad a see so many of you here."