After A New Factory 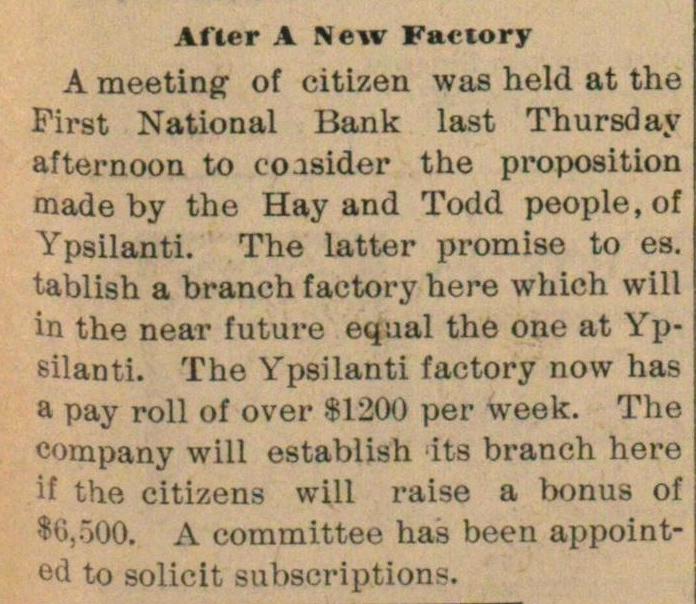 A meeting of citizen was held at the First National Bank last Thursday afternoon to toasider the proposition made by the Hay and Todd people.of Ypsilanti. The latter promise to ea. tablish a branch factory here which will in the near future equal the one at Ypsilanti. The Ypsilanti factory now has a pay roll of over $1200 per week. The cotnpany will establish its branch here if the citizens will raise a bonus of ). A committee has been appointed to solicit subscriptions.