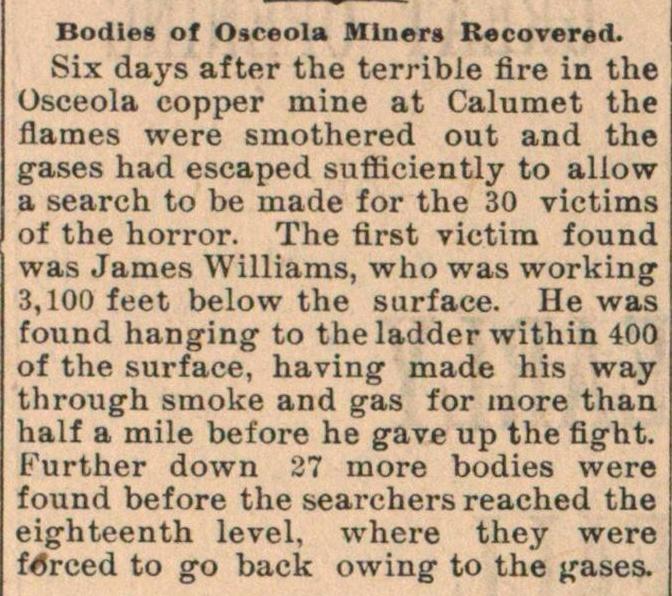 Six days after the terrible flre in the üsceola copper mine at Calumet the ñames were srnothered out and the gases had escaped sufficiently to aliow a search to be made for the 30 victims of the horror. The tirst victim found was James Williams, who was working 3,100 feet below the surface. He was found hang-ing to the ladder within 400 of the surface, having made his way through smoke and gas for more than half a mile before he gave up the fight. Further down 27 more bodies were found before the searchers reached the eighteenth leyel, where they were Wreed to go back owing to the tfases.