"a Pension Is A Vested Right" 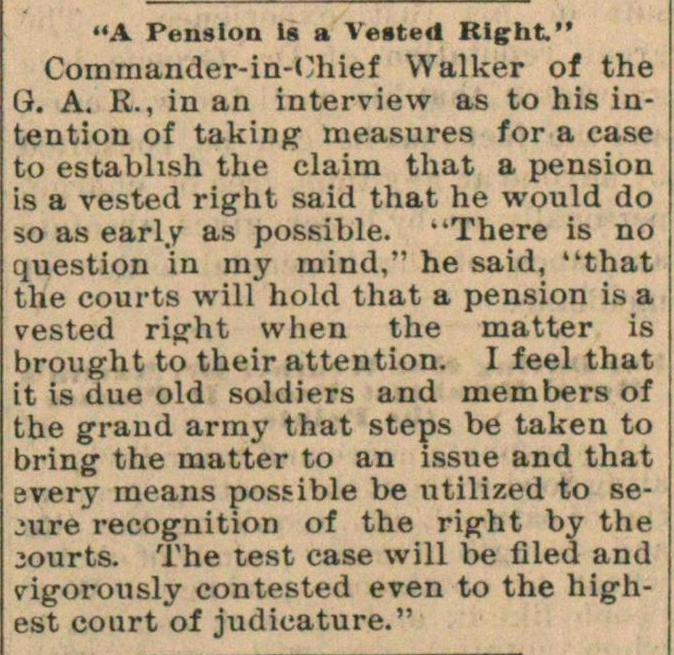 Commander-in-Ohief Walker of the G. A. R. , in an interview as to his intention of taking measures for a case to estabhsh the claim that a pension is a vested right said that he would do so as early as possible. "There is no question in my mind," he said, "that the courts will hold that a pension ia a vested right when the matter is brought to their attention. I feel that it is due old soldiers and members of the grand army that steps be taken to bring the matter to an issue and that svery means posíible be utilized to segure recognition of the right by the jourts. The test case will be füed and vigorously contested even to the highest court of judicature."