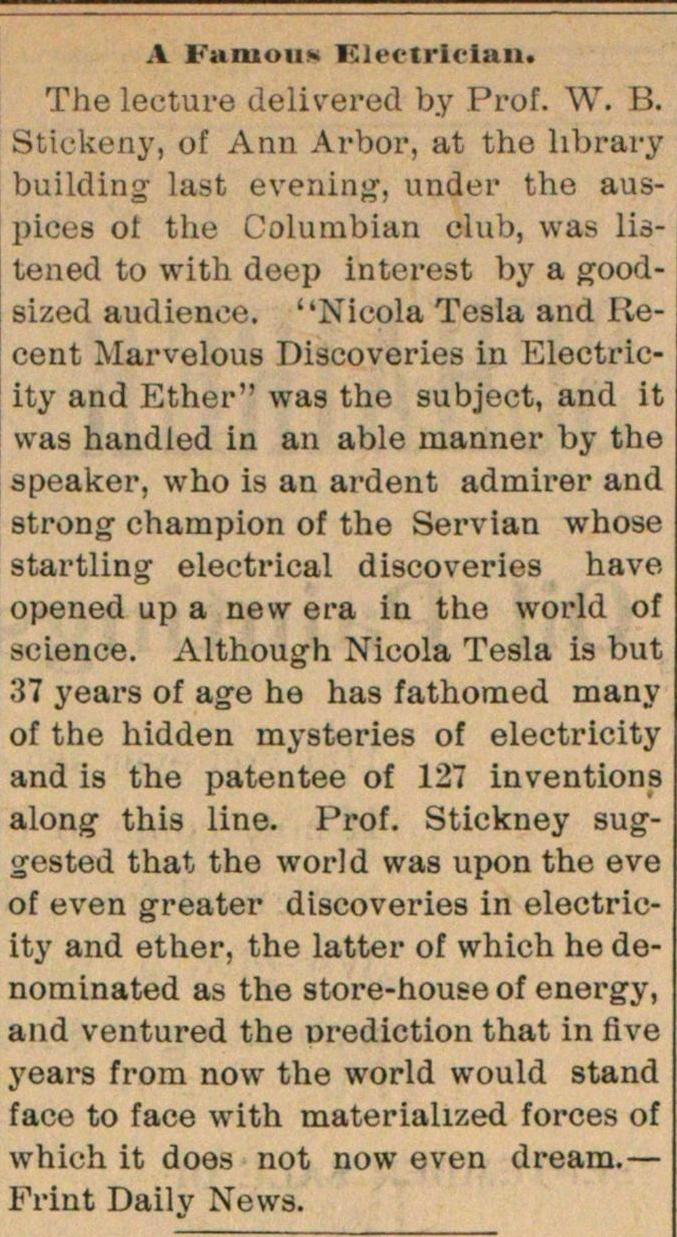 The lectura delivered by Prof. W. B. Stickeny, of Arm Arbor, at the hbrary building last evening, under the auspicea ot the Columbian club, was listened to with deep interest by a goodsi.cd audience. "Nicola Tesla and Recent Marvelous Discoveries in Electricity and Ether" was the subject, and it was handled in an able rnanner by the speaker, who is an ardent admirer and strong champion of the Servían whose startling electrical discoveries have opened up a new era in the world of science. Although Nicola Tesla is but 37 years of age he has fathomed many of the bidden mysteries of electricity and is the patentee of 127 inventions along this line. Prof. Stickney suggested that the world was upon the eve of even greater discoveries in electricity and ether, the latter of which he denominated as the store-house of energy, and ventured the urediction that in five years frora now the world would stand face to face with materiahzed forces of which it does not now even dream. -