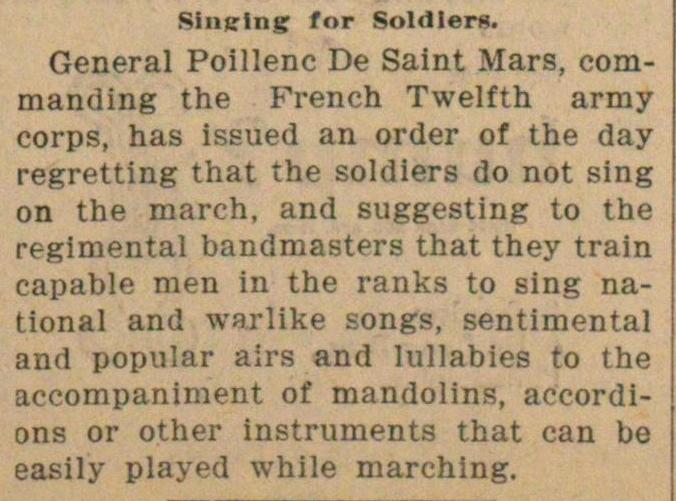 General Poillenc De Saint Mars, commanding the French Twelfth army corps, has issued an order of the day regretting that the soldiers do not sing on the maren, and suggesting to the regimental bandmasters that they train eapable men in the ranks to sing national and warlike songs, sentimental and popular airs and lullabies to the accompaniment of mandolins, aocordions or other instruments that can be easily played while marching.