The Dean's Prayers And The Weather 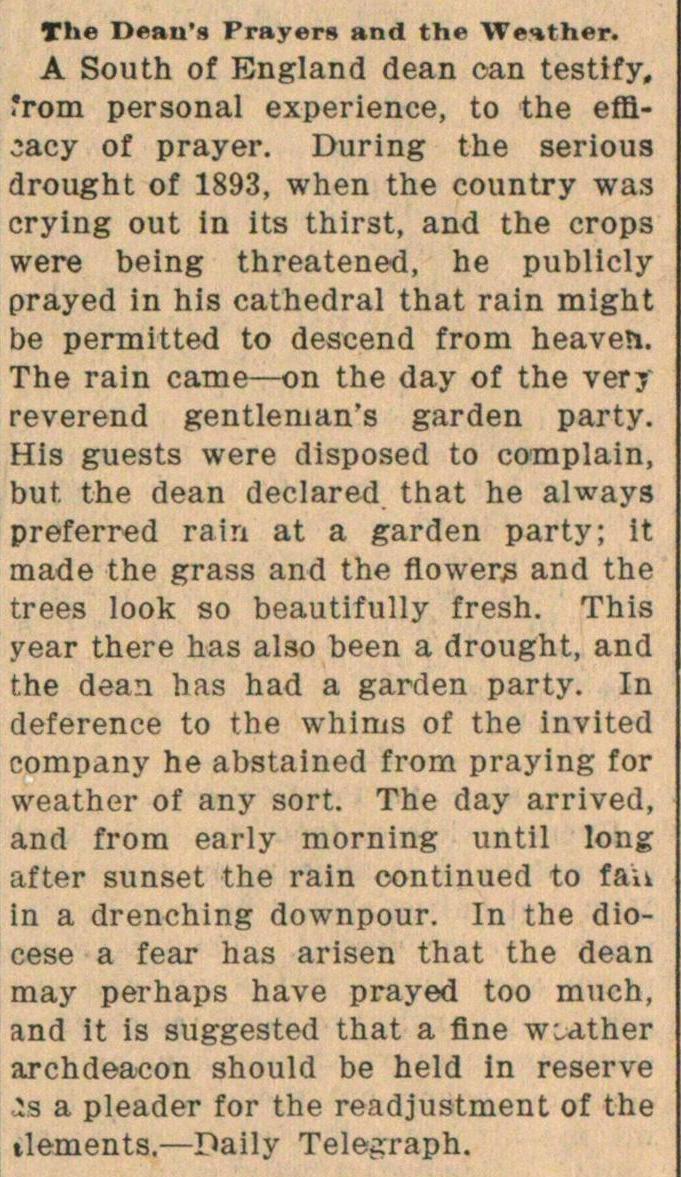 A South of England deán can testify, rom personal experience, to the effiacy of prayer. During the serious rought of 1893, when the country was rying out in its thirst, and the crops ere being threatened, he publicly rayed in his cathedral that rain might e permitted to descend from heaven. he rain came - on the day of the verj everend gentleman"s garden party. His guests were disposed to complain, ut the dean declared that he always referred rain at a garden party; it made the grass and the flowers and the rees look so beautifully fresh. This ear there has also been a drought, and ie dean bas had a garden party. In eference to the whims of the invited ompany he abstained from praying for weather of any sort. The day arrived, nd from early morning until long fter sunset the rain continued to fak n a drenching downpour. In the dioese a fear has arisen that the dean may perhaps have prayed too mnch, nd it is suggested that a fine wather archdeacon should be held in reserve s a pleader for the readjustment of the