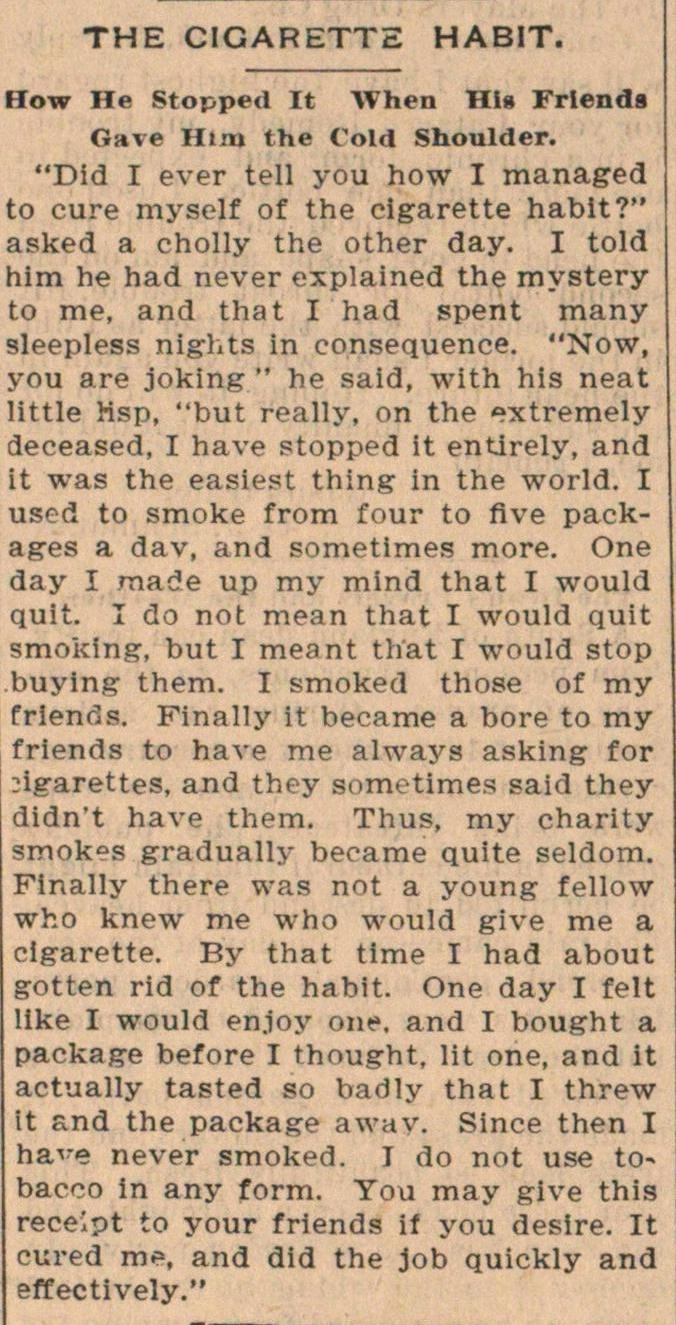 "Did I ever teil you how I managed to cure myself of the cigarette hablt?" asked a cholly the other day. I told him he had never explained the mystery to me, and that I had spent many sleepless nights in consequence. "Now, you are joking" he said, with his neat little Hsp, "but really, on the "xtremely deceased, I have stopped it entlrely, and it was the easiest thing in the world. I used to smoke from four to five packages a dav, and sometimes more. One day I made up my mind that I would quit. I do not mean that I would quit smoking, but I meant that I would stop buying them. I smoked those of my frlenrls. Finally it became a bore to my friends to have me always asking for :igarettes, and they sometimes said they didn't have them. Thus, my charity smokes gradually became quite seldom. Finally there was not a young fellow who knew me who would give me a clgarette. By that time I had about gotten rid of the habit. One day I feit llke I would en.ioy on and I bought a package before I thnught, lit one, and It actually tasted so badly that I threw it and the package awav. Slnce then I have never smoked. I do not use tobaco In any form. Tou may give this receipt to your friends if you deslre. It cured ras, and dld the job quickly and effectively."