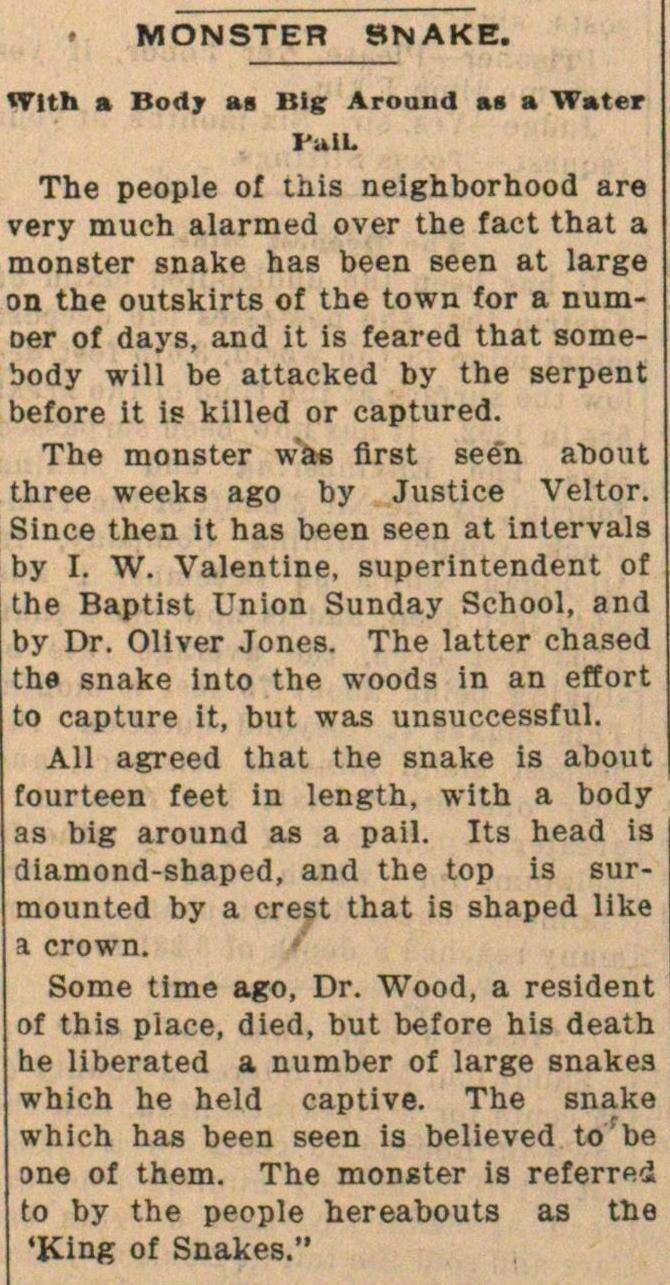 The people of this neighborhood are very much alarmed over the fact that a monster snake has been seen at large on the outskirts of the town for a numDer of days, and it is feared that somebody will be attacked by the serpent before it is killed or captured. The monster w'ae first seën about three weeks ago by Justice Veltor. Since then it has been seen at intervals by I. W. Valentine, superintendent of the Baptist Union Sunday School, and by Dr. Oliver Jones. The latter chased the snake into the woods in an effort to capture it, but was unsuccessful. All agreed that the snake is abou fourteen feet in length, with a body as big around as a pail. lts head ia diamond-shaped, and the top is surmounted by a crest that is shaped like a crown. Some time ago, Dr. Wood, a resident of this place, died, but before his death he liberated a number of large snake3 which he held captive. The snake which has been seen ia believed torbe one of them. The monster is referred to by the pecple hereabouts as the 'King of Snakes."