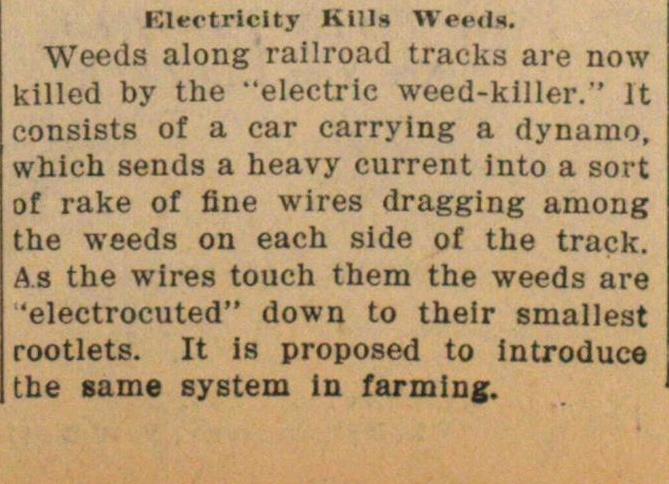 Weeds along railroad tracks are now killed by the "electric weed-killer. " lt consists of a car carrylng a dynamo, which sends a heavy current into a sort of rake of fine wires dragging among the weeds on each side of the track. As the wires touch them the weeds are "electrocuted" down to their smallest rootlets. It ia proposed to introduce the same system in farming.