Extraordinary Workings Of The Elements 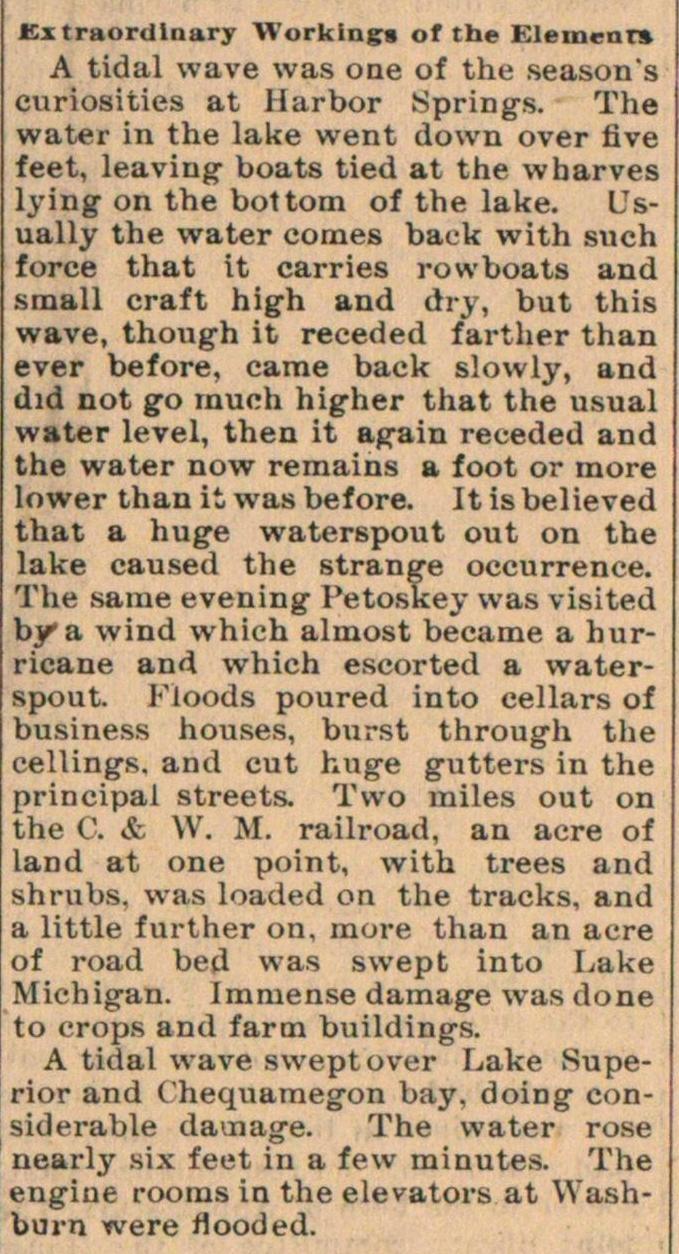 A tidal wave was one of the season's curiosities at Harbor Springs. The water in the lake went down over five feet, leaviug boats tied at the wbarves lying on the bot torn of the lake. Usually the water comes back with such f orce that it carries rowboats and small craft high and dry, but this wave, though it receded farther than ever before, came back slowly, and did not go mueh higher that the usual water level, then it again receded and the water now remains a foot or more lower than il was before. It is believed that a huge waterspout out on the lake caused the strange occurrenee. The same evening Petoskey was visited bya wind which almost became a hurricane and which escorted a waterspout. Floods poured into cellars of business houses, burst through the cellings. and cut huge gutters in the principal streets. Two miles out on the C & W. M. railroad, an acre of land at one point, with trees and shrubs, was loaded on the tracks, and a little further on, more than an acre of road bed was swept into Lake Michigan. Immense damage was done to crops and farm buildings. A tidal wave swept over Lake Superior and ('hequamegon bay, doing considerable damage. The water rose nearly six feet in a few minutes. The engiue rooms in the elevators at Washburn were flooded.