A Story Told In England 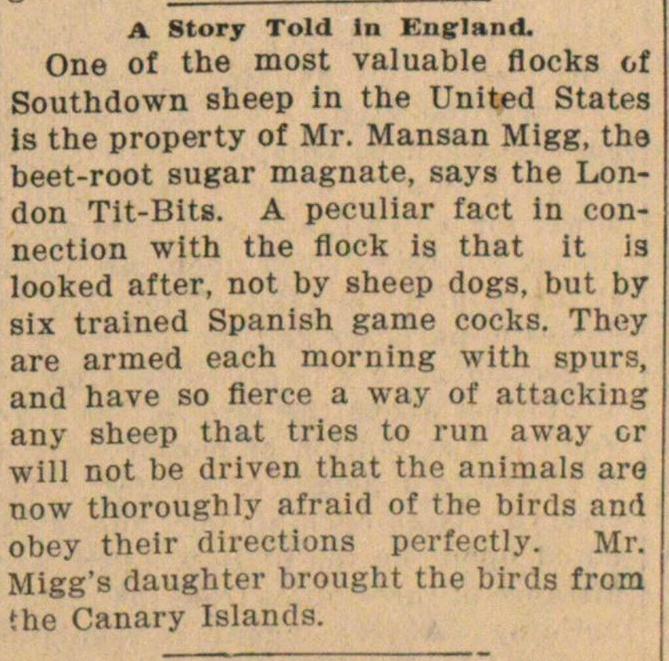 One of the most valuable flocks of Southdown sheep in the United States is the property of Mr. Mansan Migg, tha beet-root sugar magnate, says the London Tit-Bits. A peculiar fact in connection with the flock is that it is looked after, not by Bheep dogs, but by six trained Spanish game cocks. The.y are armed each morning with spurs, and have so fierce a way of attacking any sheep that tries to run away er will not be driven that the animáis aro now thoroughly afraid of the birds and obey their directions perfectly. Mr. Migg's daughter brought the birds from the Canary Islands.