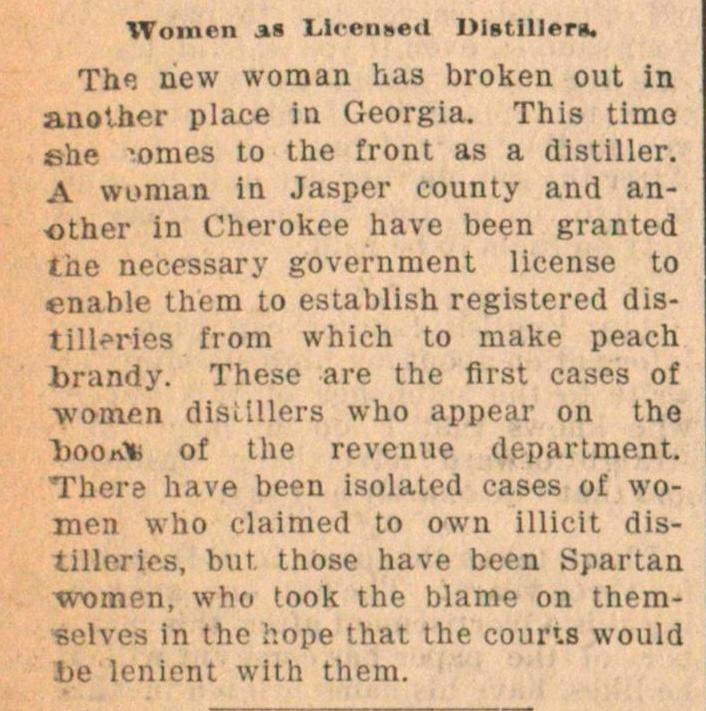 The riew woman has broken out in another place in Georgia. This timo ene tornes to the front as a distiller. A woman in Jasper county and an■other in Cherokee have been granted the necessary government license to enahle them to establish registered distillries from which to make peach brandy. These are the first cases of ■women disi Uiers who appear on the l)oon of the revenu department. There have been isolated cases of womon who claimed to own illicit distillorios, bnt those have been Spartan women, who took the blame on themselves in the hope that the cour'.s would be lenlent wlth them.