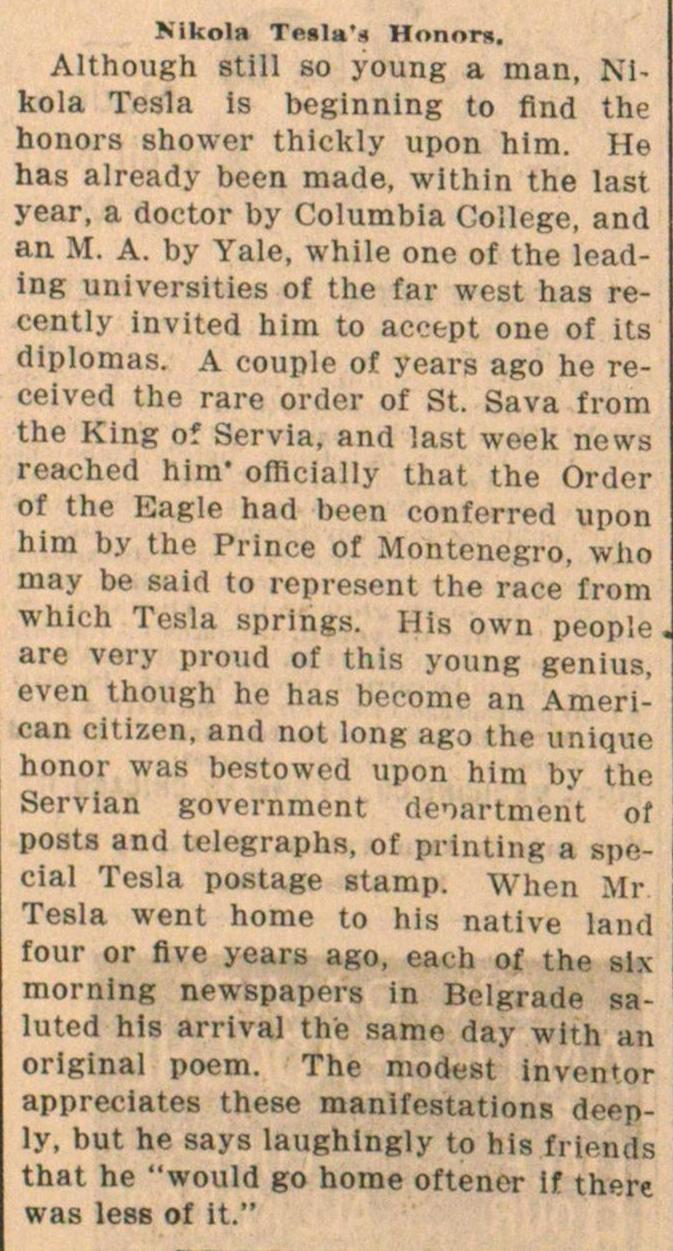 Although still so young a man, NIkola Tesia fs beginning to find the honors shower thickly upon him. He has already been made, within the last year, a doctor by Columbia Coilege, and an M. A. by Yale, while one of the leading universities of the far west has recently invited him to accept one of its diplomas. A couple of years ago he received the rare order of St. Sava from the King of Servia, and last week news reached him1 officially that the Order of the Eagle had been conferred upon him by the Prince of Montenegro, wlio may be said to represent the race from which Tesla springs. His own people . are very proud of this young genius, even though he has become an American citizen, and not long ago the unique honor was bestowed upon him by the Servian government dèiartmèrit of posts and telegraphs, of printing a ■peda] Tesla postage stamp. When Mr Tesla went home to his native land four or five years ago, each of the slx morning newspapers in Belgrade saluted his arrival the same day with an original poem. The modest inventor appreciates these manifestations deeply, but he says laughingly to his frlends that he "would go home oftener if there was less of it."