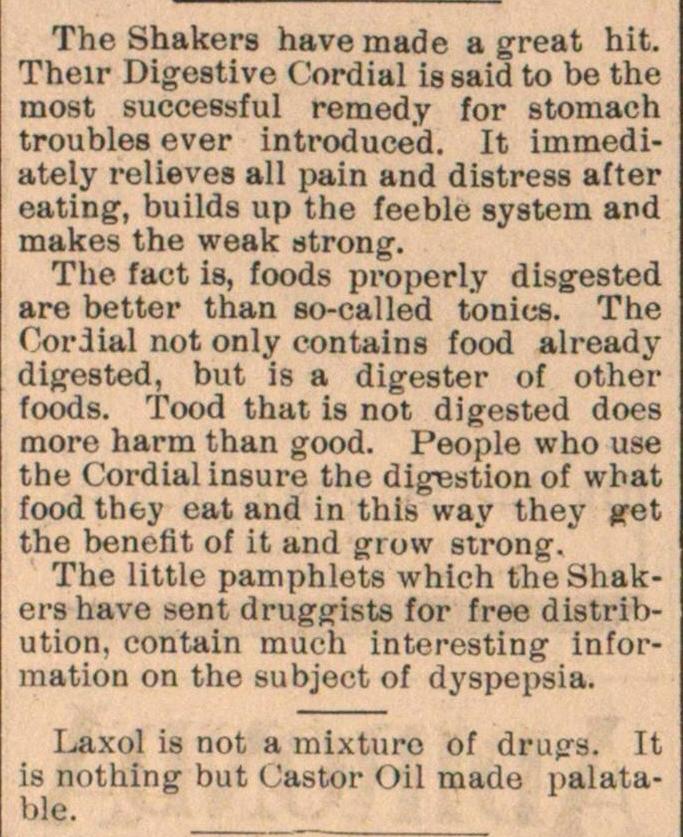 The Shakers have made a great hit. Their Digestive Cordial issaid to be the most successful remedy for stomach rouble8 ever introduced. It immediately relieves all pain and distress after eating, builds up the feeble system and makes the weak utrong. The fact is, foods properly disgested are better than so-called tonics. The joriial not only contains food already Ligested, but is a digester of other oods. Tood that is not digested does more harm than good. People who use he Cordial insure the digestión of wbat ood they eat and in this way they )?et he benefit of it and gruw strong. The little pamphlets which the Shakers have sent druggists for free distribution. contain much interesting infornation on the subject of dyspepsia. Laxol is not a mixture of drugs. It s nothing but Castor Oil made palataile.