A Plague Of Bees 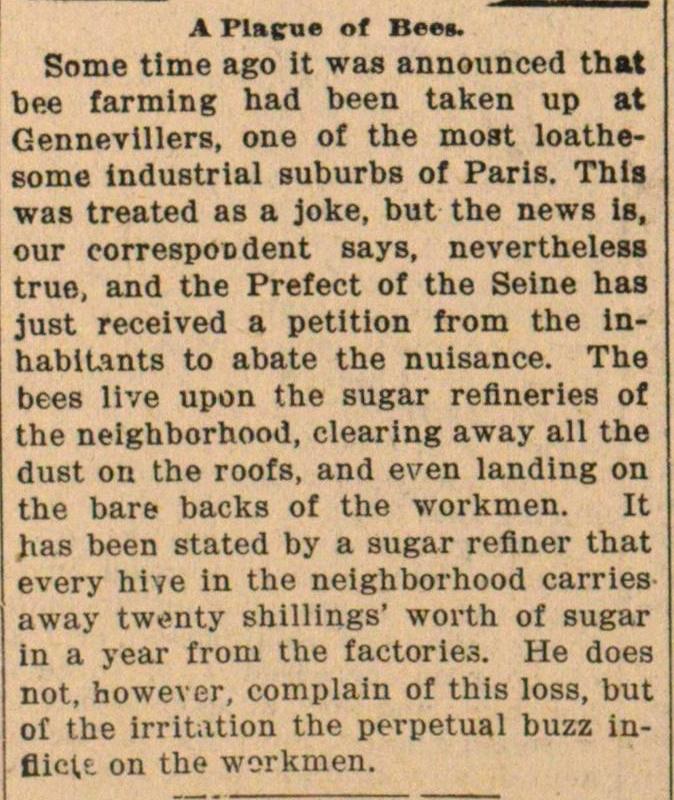 Some time ago it was announced that bee farming had been taken up at Gennevlllers, one of the most loathesome industrial suburbs of Paris. Thia was treated as a joke, but the news is, our correspondent says, nevertheless true, and the Prefect of the Seine has just received a petition from the inhabltónts to abate the nuisance. The bees live upon the sugar reflneries of the neighborhood, clearing away all the dust on the roofs, and even landing on the bare backs of the workmen. It has been stated by a sugar renner that every hive in the neighborhood carries away twínty shillings' worth of sugar in a year from the factories. He does not, however, complain of this loss, but of the irrit.ition the perpetual buzz inflieU on the workmen.