Mr. Howells Did Not Accept The Bribe 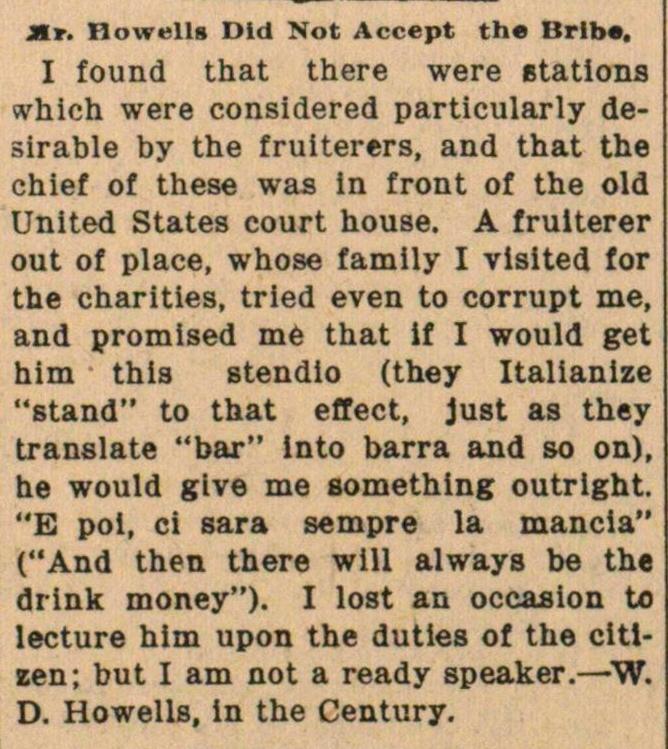 I found that there were etations which were considered particularly deairable by the fruiterers, and that the ehief of these was in front of the old United States court house. A fruiterer out of place, whose family I visited for the charities, tried even to corrupt me, and promised me that if I would get him thls stendio (they Italianize "stand" to that effect, Just as they translate "bar" Into barra and so on), he would give me something outright. "E poi, ei sara sempre la mancia" ("And then there wlll always be the drink money"). I lost an occasion to lecture him upon the duties of the