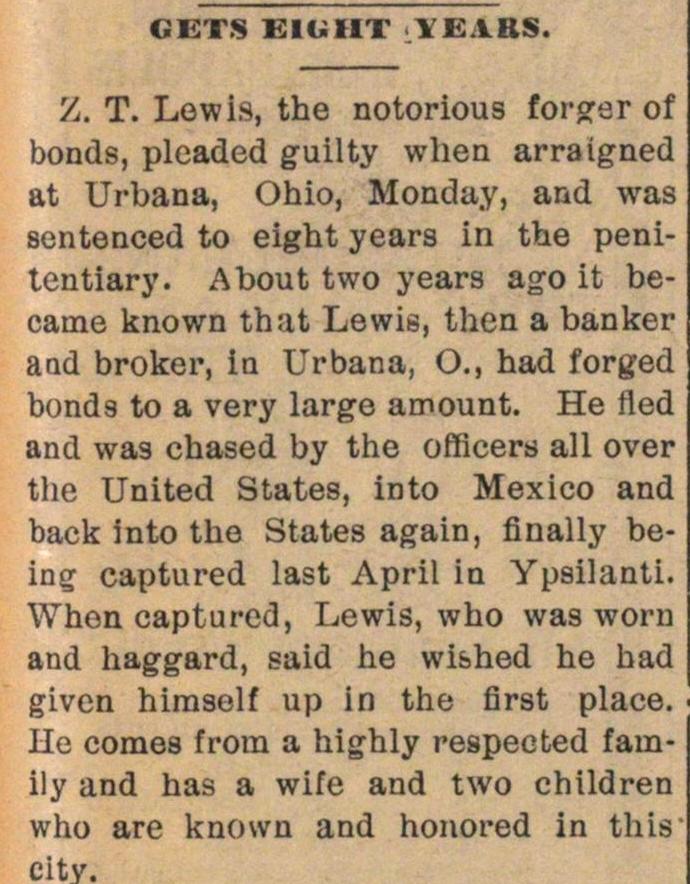 Z. T. Lowis, the notorious forger of bonds, pleaded guilty wlien arraigned at Urbana, Ohio, Monday, and was sentenced to eight years in the penitentiary. A bout two years ago it became known that Lewis, then a banker a ad broker, ia Urbana, O., had forged bonds to a very large amount. He fled and was chased by the officers all over the United States, into Mexico and back into the States again, finally being captured last April in Ypsilanti. When captured, Lewis, who was worn and haggard, said he wished he had given hiraself up in the first place. He comes from a highly respected fainily and has a wife and two children who are known and honored in this citv.