Holmes On The Prison Board 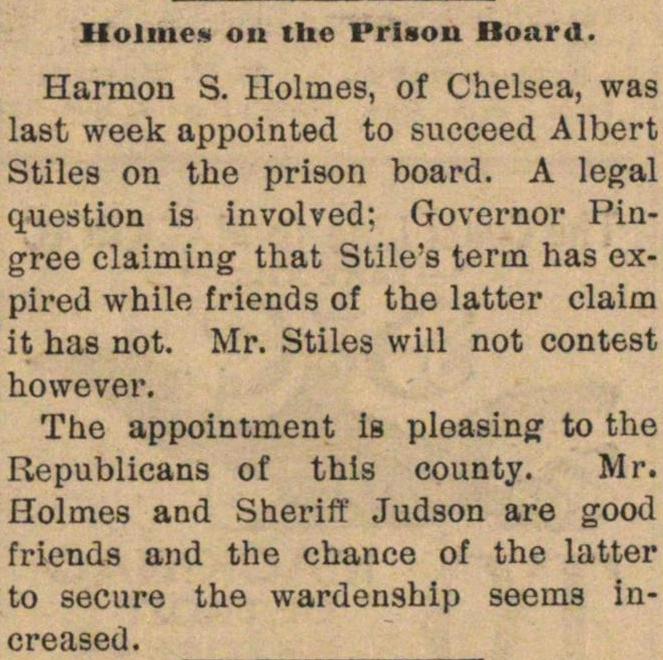 Harmon S. Holmes, of Chelsea, was last week appointed to succeed Albert Stilea on the prison board. A legal question is involved: Govcrnor Pingree claiming that Stile's term has expired while friends of the latter claim it has not. Mr. Stiles will not con test however. The appointment is pleasing to the Republicans of this county. Mr. Holmes and Sheriff Judson are good friends and the chance of the latter to secure the wardensbip seems increased.